Temple of Hera I (Basilica) at Paestum

Italy
In the ancient city of Paestum one can find the well-preserved temple of Hera.
Want to visit
Undo
0
Been here
Undo
1 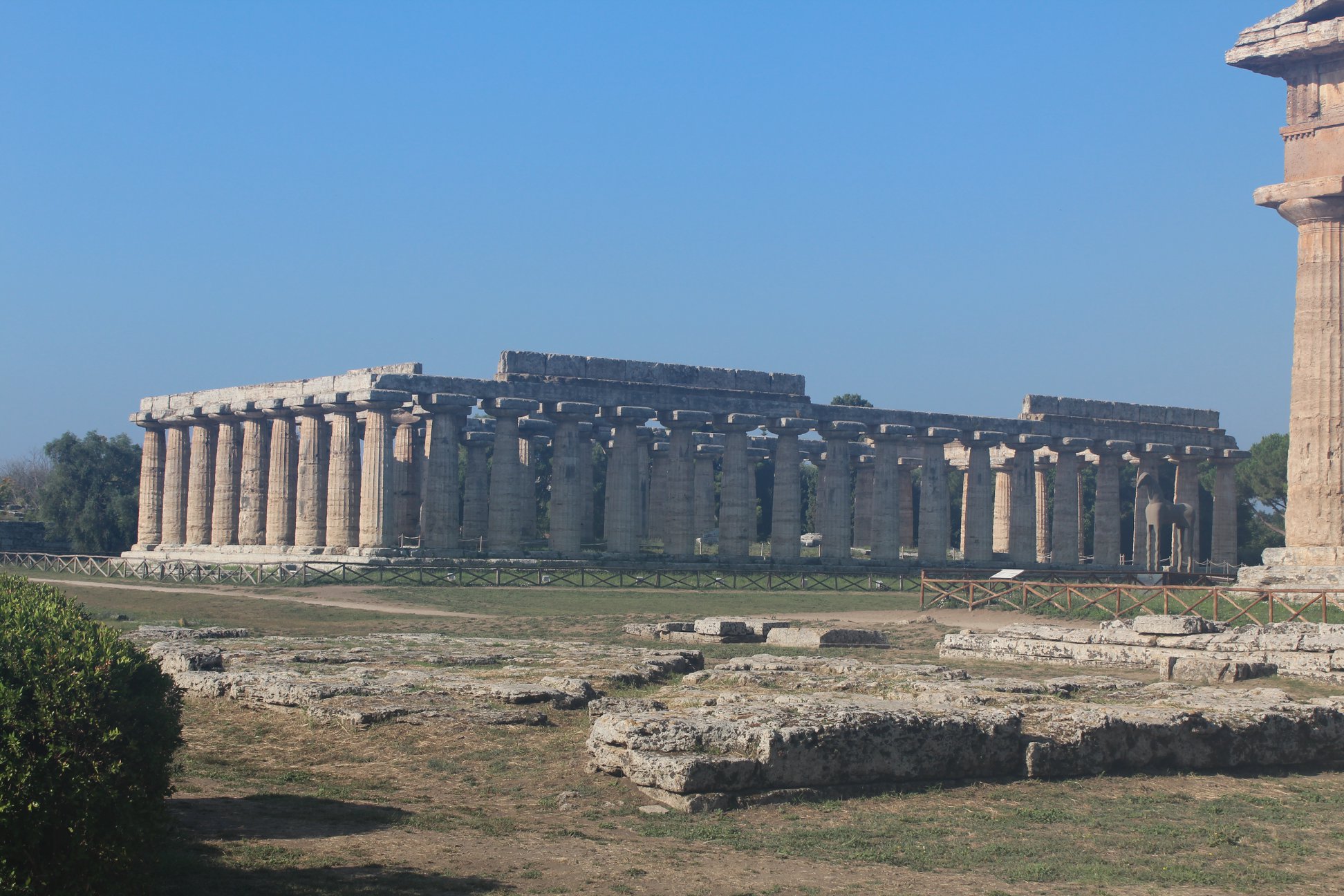 In the ancient city of Paestum one can find the well-preserved temple of Hera. This temple was traditionally called the Basilica. It is the oldest of the three temples in Paestum and it was built around 550 BCE in an archaic Doric style.

When the temple was discovered at the end of the 18th century, it was mistakenly called Basilica. The structure shows some very unusual style features that mislead the archaeologists: the odd number of columns (9) on the short side, and the naos divided into two ships, made them think that it is not a temple it was only a civil building of the basilica type. (With the Romans, the basilica was a public building with no religious function, which was used for legal, administrative or commercial purposes.) However, recent finds of philosophical gifts now show that it was either a temple dedicated to Hera (Juno), or that it was building was at least part of a Hera shrine. The floor plan has 9 columns in width versus 18 in length, a very exceptional feature in Greek architecture.

In the past it was believed that this temple was dedicated to Neptune (Poseidon), and a lot of maps still show it as such.