Temple of Hera II (Temple of Neptune) in Paestum (SA) 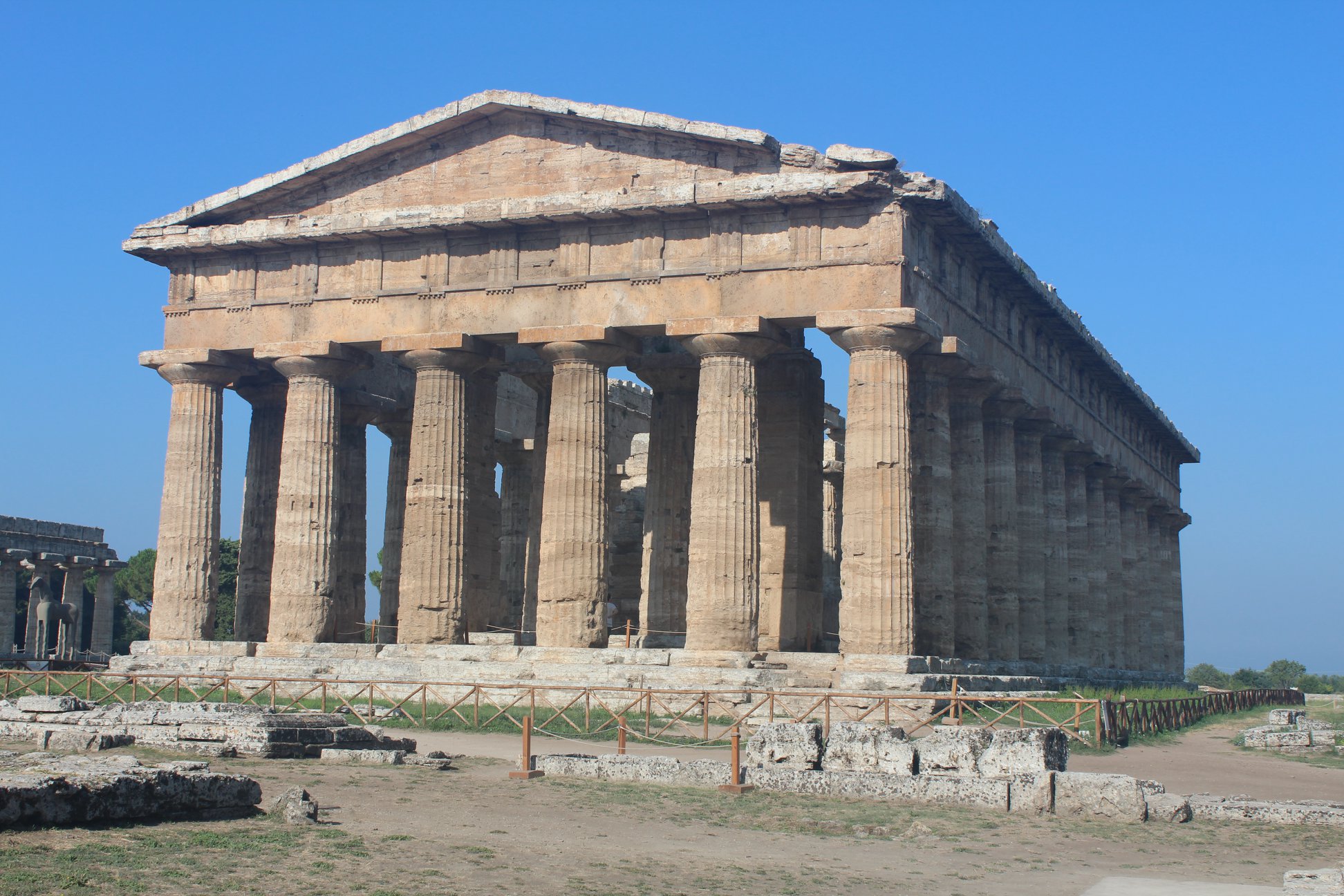 Built around the half of the 5th century BCE by greek settlers, the temple was the largest of the city of Poseidonia (renamed Paestum during the Roman era). The order is doric, with 6 columns on the front and 13 on the sides, and the cell is divided in three naves. In the central nave was posed the statue of the god. Altough traditionally called Temple of Neptune (Poseidon), the deity actually worshipped in this place is unknown: Some offertory statues and other archaeological finds founded around the temple area and near the two altars posted before the east side of the temple, suggested the names of Zeus, Hera and Apollo.