France
The temple of Mercury on Puy de Dôme is a Gallo-Roman temple built in the 2nd century CE at the top of the Puy de Dôme, France.
Want to visit
Undo
0
Been here
Undo
0 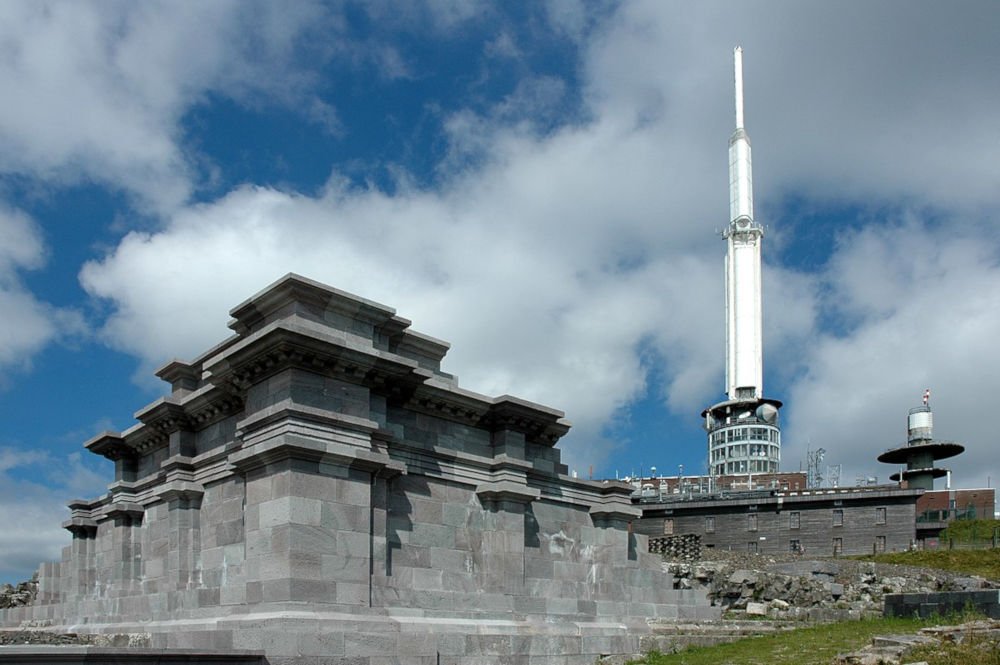 The temple of Mercury on Puy de Dôme is a Gallo-Roman temple built in the 2nd century CE at the top of the Puy de Dôme, replacing a temple dating from the 1st century. Excavation campaigns in 1875 and then at the beginning of the 20th century have revealed the ruins.

During the 1st century, the city of Augustonemetum (now Clermont-Ferrand) of Arvernes decided to build a temple dedicated to Mercury. In the following century, this temple in arkose, which had probably become too small to accommodate the many pilgrims who went there, was replaced by a larger and more majestic temple in trachyte.

The Conseil général, the owner of the temple site, decided to undertake a partial restoration of the lower parts of the sanctuary. The project was conceived around 2008; calls for tenders for the works were launched in 2012; work was completed in 2018