Temple of Poseidon in Tarente

Italy
The temple of Poseidon (also called the Doric temple due to its column arrangement) in Tarente dates back to the first half of the 6th century BCE.
Want to visit
Undo
0
Been here
Undo
0 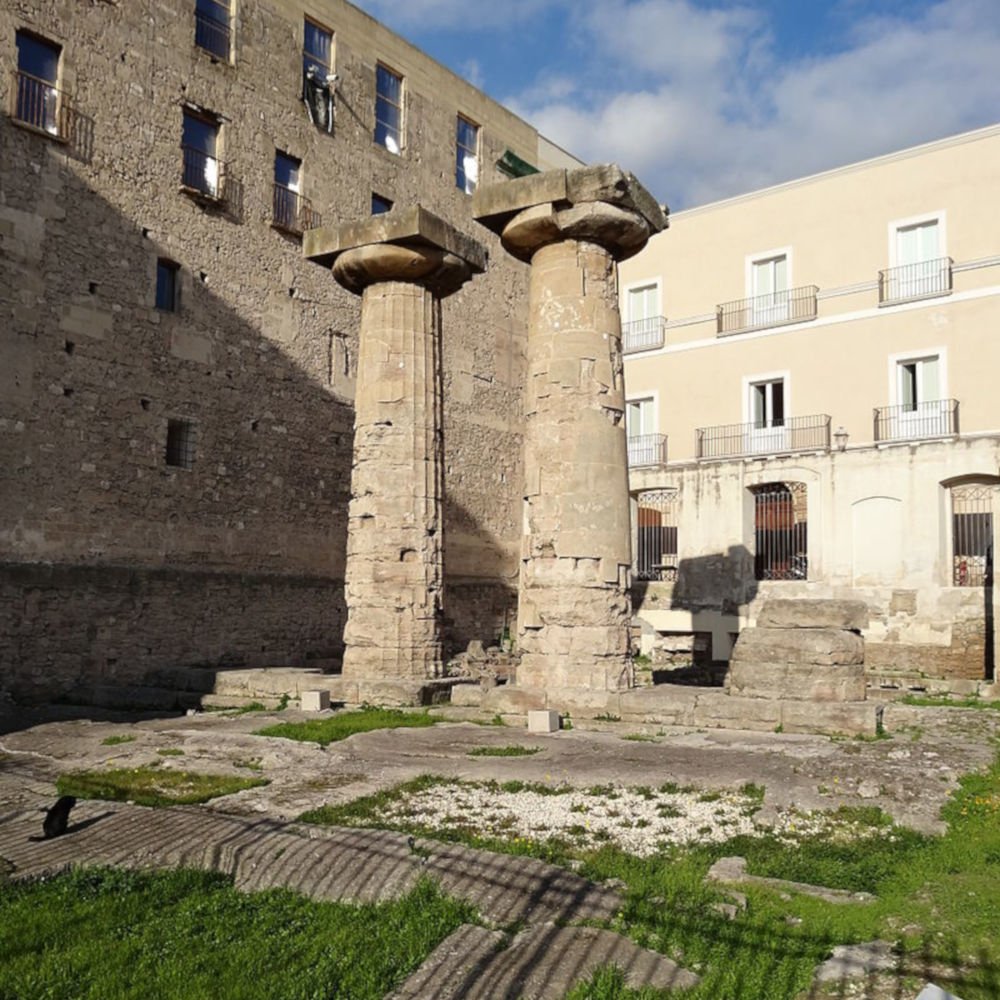 The temple of Poseidon (also called the Doric temple due to its column arrangement) in Tarente dates back to the first half of the 6th century BCE. This makes it the oldest remaining temple of Magna Graecia, and it can still be visited in the town's Borgo Antico. The ruins of the temple were located in the Trinity Church (Italian SS. Trinità), in the courtyard of the oratory of the Trinitarians (Brothers of the Most Holy Trinity), in the Mastronuzzi house and in the Celestini monastery.

In 1700 there were ten columns left, but they were removed and lost during renovations of the monastery in 1729. At the end of the 19th century, the temple was ascribed to Poseidon by archaeologist Luigi Viola, but is probably more likely that it is related to female deities, such as Artemis, Persephone or Hera. Other finds were lost with the demolition of the monastery in 1926 and the church in 1973.