Temple of Venus and Roma

Italy
The Temple of Venus and Roma (Latin Templum Veneris et Romae) is a double temple in Rome. Its preserved remains are on the slope of the Velia facing the Colosseum.
Want to visit
Undo
0
Been here
Undo
0 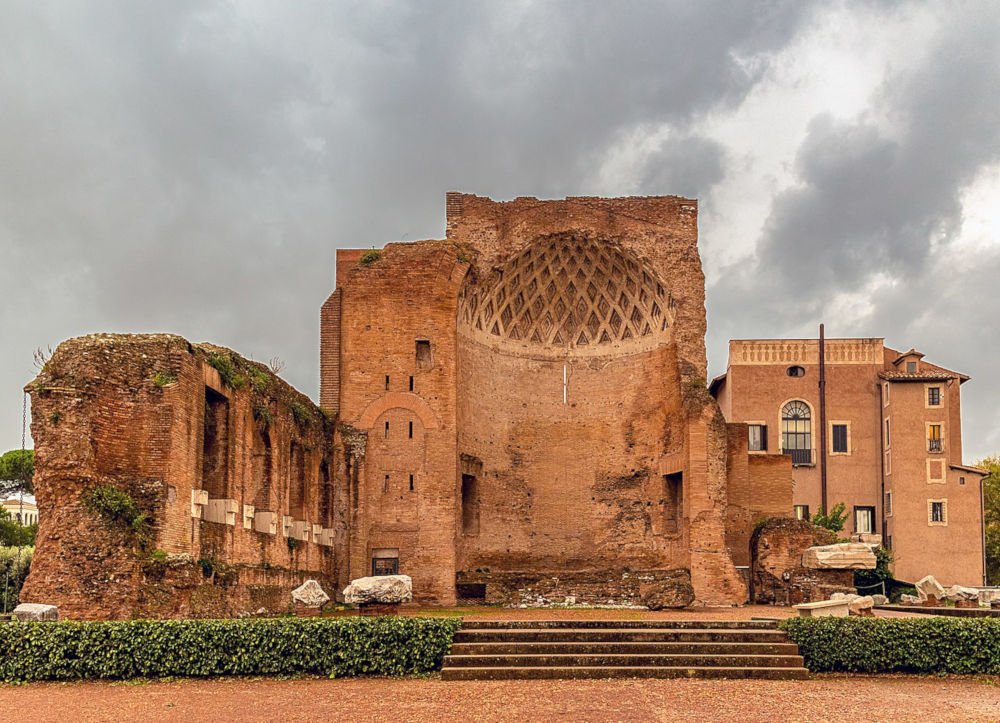 The Temple of Venus and Roma (Latin Templum Veneris et Romae) is a double temple in Rome. Its preserved remains are on the slope of the Velia facing the Colosseum.

The cella facing the Roman Forum was dedicated to the Roman city goddess Roma, in the other part, the Venus cult was practiced, which was revived by Emperor Hadrian. The footprint of the temple was 140 by 100 meters, which made it the largest temple in Rome. Its construction began in 121 AD under Hadrian, but was only completed under his successor Antoninus Pius.

The construction work required the demolition of the entrance hall of the Domus Aurea built by Nero. The foundations of this building were partially reused. The temple was framed on its long sides by a double portico made of grey granite columns with propylaea. Overall, the architecture of the temple was based more on the Greek than the Roman building rules. He also did not have a high podium, which was mandatory for Roman temples. Emperor Maxentius had the temple, which had been damaged by fire, restored in 307 and its floor plan changed significantly. The cellae were each supplemented by an apse and their wooden ceiling replaced by a barrel vault. The western cella is the best preserved, as it was incorporated into the church of Santa Francesca Romana for a long time. Today it houses an exhibition and collection of antiquities under the name Antiquarium Forense (Antiquarium des Forum Romanum).