Temple of Vespasian and Titus

Italy
The Temple of Vespasian and Titus (Latin templum Vespasiani et Titi) is an ancient temple in the Forum Romanum in Rome, Italy.
Want to visit
Undo
0
Been here
Undo
0 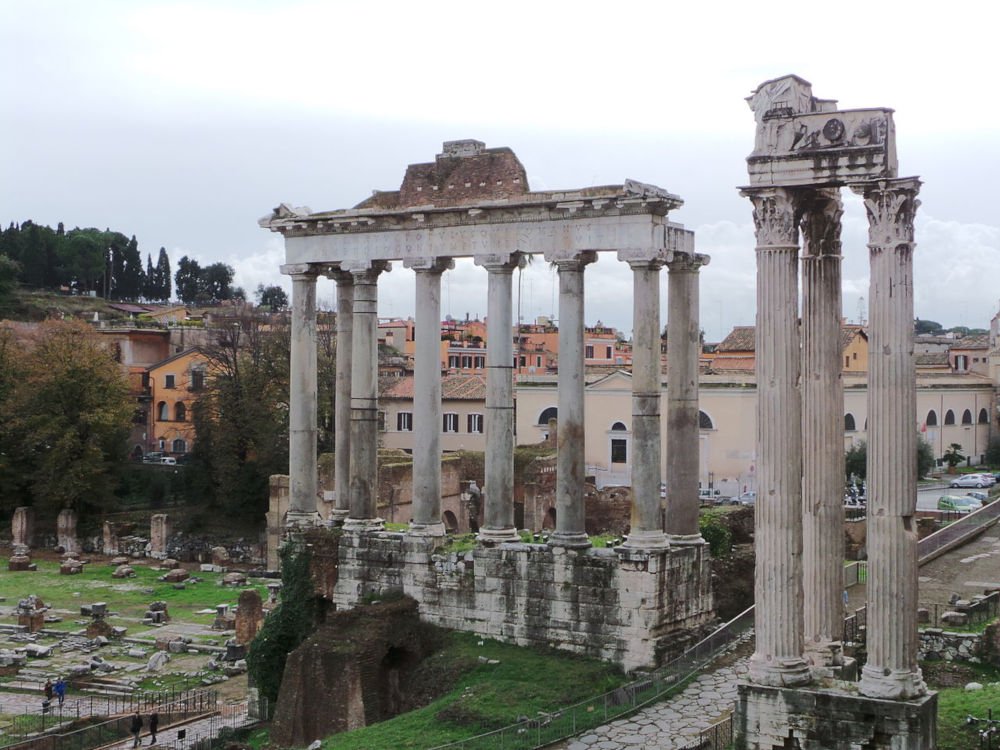 The Temple of Vespasian and Titus (Latin templum Vespasiani et Titi) is an ancient temple in the Forum Romanum in Rome, Italy. The remains of this temple of the Corinthian order, which are still visible today, three 15.20 meter high columns of its vestibule, are located directly in front of the base of the ancient tabularium.

The building used a narrow gap between the Concordia Temple and the Saturn Temple, was only about 22 meters wide and 33 meters long. Two separate cult rooms were used to accommodate the statues of both rulers. The temple was built from 79 CE under Titus for his deified father but was only consecrated under Domitian around 87 CE - now to Vespasian and Titus. The original one-line inscription only mentioned Vespasian. The second line referred to renewal under Septimius Severus and Caracalla. Only a few letters from the end of the inscription remain today. The temple was hexastyle, that is, with six columns at the front, pro stylus. The remains of columns, capitals and entablature, which were rebuilt in 1811, come mainly from the Severan period; remnants of the entablature are also exhibited in the tabularium.