The head of Ako

Latvia
This granite sculpture is located on Livu Square in the Latvian capital of Riga. It depicts the head of Ako, and was made by sculptor Ģirts Burvis.
Want to visit
Undo
0
Been here
Undo
0 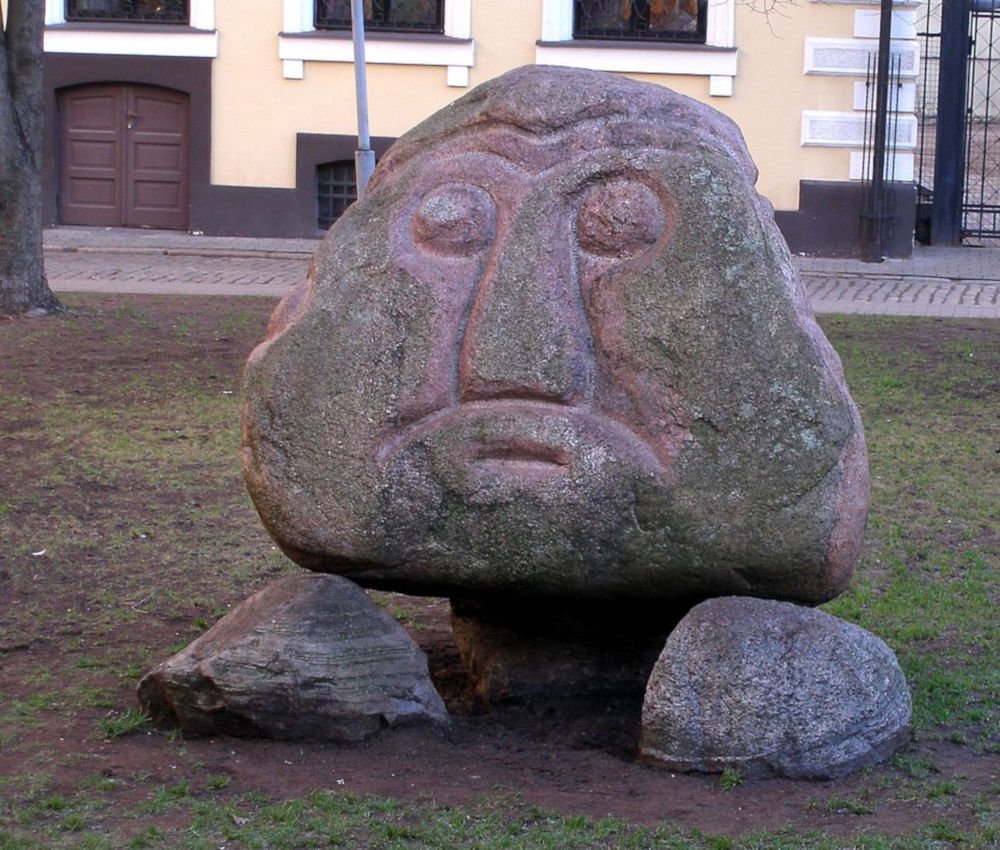 Ako (Acco) was the ruler of Salaspils Livs, who held a strong position in Daugava Livonia.

In 1203, the Liv uprising of the Daugava and Turaida against the Order of the Brothers of the Sword was organized, inviting Lithuanians and Prince Vladimir of Polotsk to help. Ako Fell in the Battle of the Island against the Crusaders, his head was taken to Riga and presented to Bishop Albert as a sign of victory over the Liv king.

The personal name Ako is apparently borrowed from the Vikings (Swedish: Ake, Åke, Danish: Aage, German: Ago). The Danish Viking name Aki appears in the text of the Egil saga, also mentioned in the 12th century.

This granite sculpture is located on Livu Square in the Latvian capital of Riga. It depicts the head of the pagan King Ako, and was made by sculptor Ģirts Burvis.