The ring of Brodgar

United Kingdom
The Ring of Brodgar is located on Mainland Orkney and is part of the Neolithic heart of Orkney.
Want to visit
Undo
1
Been here
Undo
0 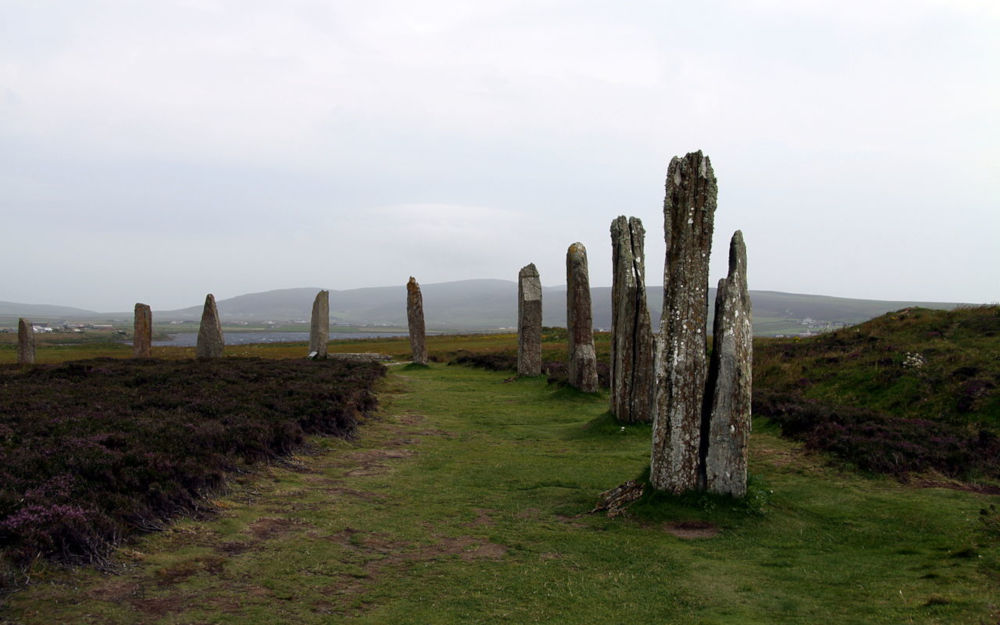 The Ring of Brodgar, also known as the Ring of Brogar, is located on Mainland Orkney, Scotland. Together with Skara Brae, the Stones of Stenness and Maeshowe, it is part of the Neolithic Heart of Orkney, and has been a UNESCO World Heritage Site since 1999.

The ceremonial ring and stone circle is dated between 2500 and 2000 BCE and lies between the Loch of Stenness and the Loch of Harray. Originally the stone circle consisted of sixty stones, only 36 of those remain. The stones are not decorated, except for five Nordic runes and a cross. The runes form a cryptogram with the common name Bjorn. Around the circle is a moat, which must have originally been 3 meters deep.

Legends are known about tales of dancing giants that turned into stones at sunrise. The freestanding Comet Stone would have been the flute player.