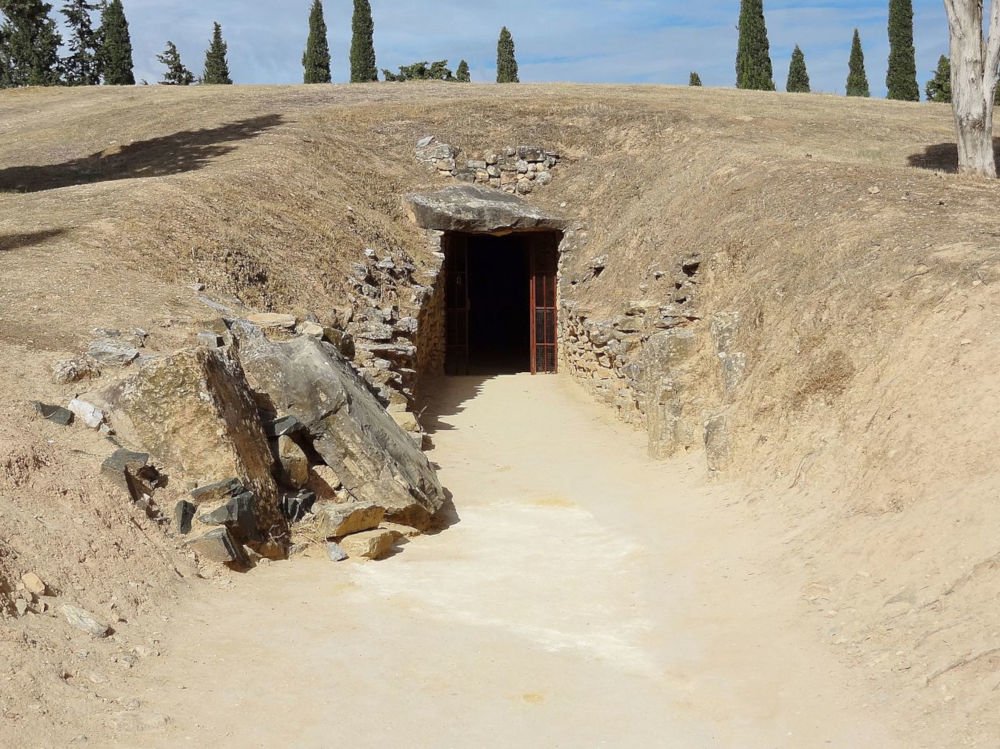 The tholos of El Romeral, also commonly called El Romeral dolmen or El Romeral cave, is a megalithic monument, declared a World Heritage Site on July 15, 2016 and a Site of Cultural Interest, located in the Spanish city of Antequera (Málaga), forming part of the Antequera Dolmens Archaeological Complex. It is located in the second enclosure, less than 2 km from the Menga and Viera dolmens, right on the axis between the Menga dolmen and the Peña de los Enamorados.