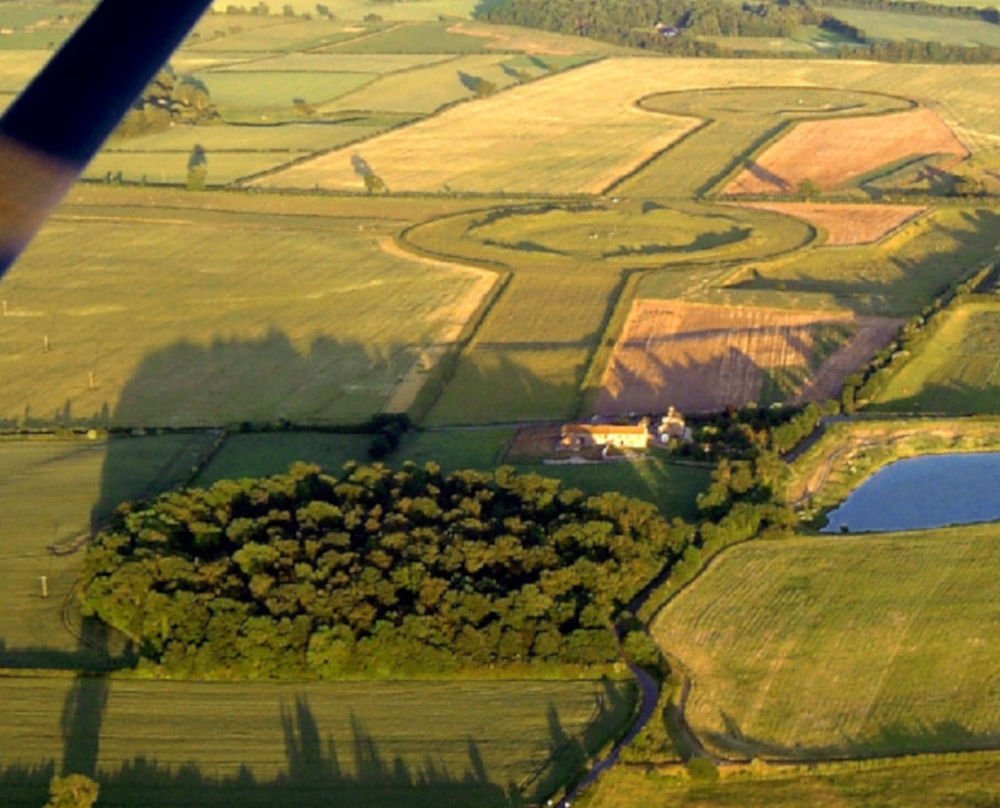 The Thornborough Henges in North Yorkshire, England, are three Neolithic circular systems almost two kilometres in length, in a nearly straight line north of the town of Ripon.

The three henges, which are equidistant from one another and are each 244 metres in diameter, obviously form an ensemble. On the same line, there are more henges on both sides at a distance of more than 45 kilometres. The massive ramparts of the Thornborough Henges have a moat 20 meters wide and three meters deep both inside and outside. The ramparts were built from large boulders covered with white limestone chunks. It seems that the whitening of the facades, which has also been proven in Newgrange's Passage tomb, was deliberately used. Their entrances are on the axis from northwest to southeast.