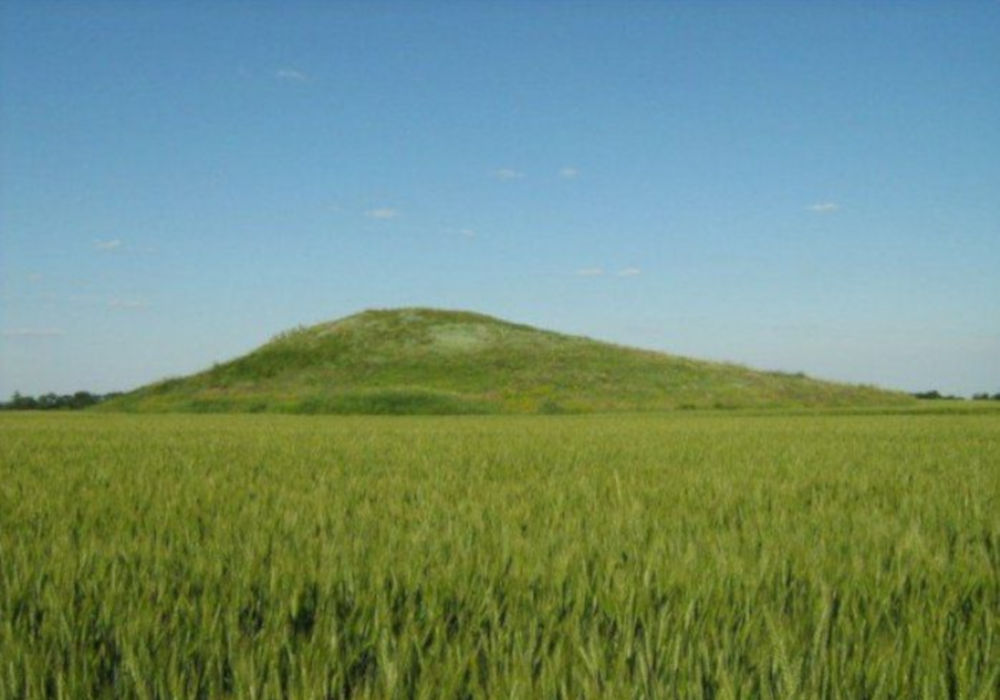 Tovsta Mohyla burial mound (also written as Tolstaia Mogila) is a Scythian burial mound dating back to the fourth century BCE. It is located near the city of Ordzhonikidze, Ukraine.

Tovsta Mohyla was excavated in 1971 by Boris Mozolevskii. Under the mound, two tombs were discovered. The newer tomb, which was placed laterally, contained the remains of a woman from the aristocracy and her infant child. Both had been buried in garments embroidered with gold plaques and richly ornamented, in the company of four servants who had been killed.

The central tomb, that of a high Scythian aristocrat, had been looted; the remaining finds included weapons, pottery, and about 600 gold ornaments. An especially valuable item is a gold pectoral with beautifully executed sculptures depicting scenes of fights between animals, as well as scenes drawn from the life of the Scythians. Next to the central tomb were the burials of seven horses in richly ornamented harnesses, in the company of three stablemen.