United Kingdom
The Tristan stone is a menhir from the 6th century CE, which is located near Fowey on the south coast of Cornwall, England.
Want to visit
Undo
2
Been here
Undo
0 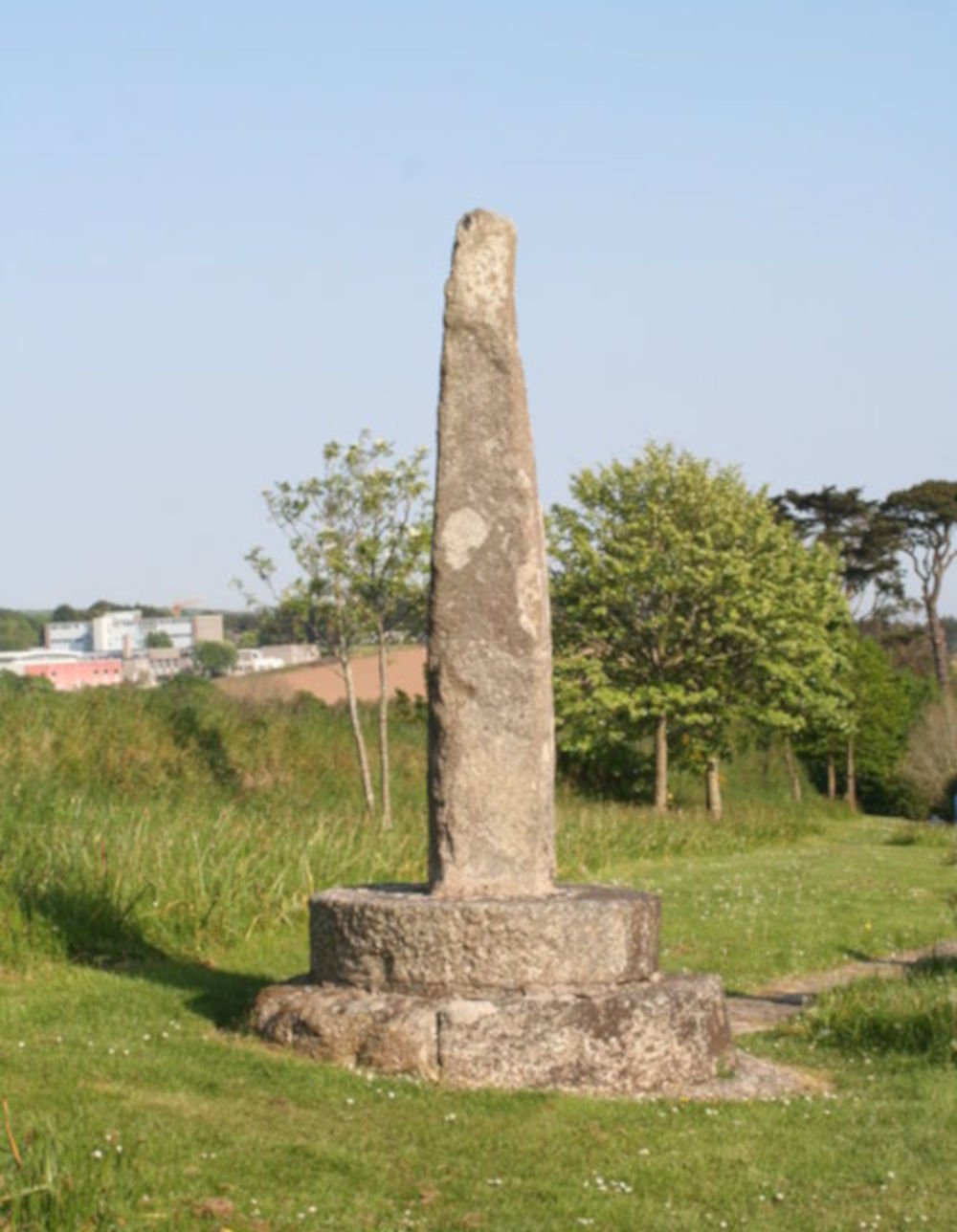 The Tristan stone is a menhir from the 6th century CE, which is located near Fowey on the south coast of Cornwall, England. The Tristan stone is famous for its Latin inscription: DRVSTANVS HIC IACIT CVNOMORI FILIVS, which translates to: "Here lies Drustanus, son of Cunomorus".

Many authors see this inscription in connection with the Tristan and Isolde saga. According to Craig Weatherhill, the monolith was originally a few kilometers away, three kilometres north of Castle Dore, an Iron Age double ring wall system from the 2nd century BCE, which was reused in the 6th century CE according to excavation results from 1936/37 and the discovery of post holes.

The menhir is about 2.7 m high and stands on a modern base, formed from a millstone and weathered hewn stones underneath. Richard Carew first mentioned the monolith in his Survey of Cornwall 1602 without going into the inscription. The monolith bears an inscription on one side and a Christian Tau cross in relief in the form of the Greek Tau, which refers to the 6th century, on the other side below the tip.