Capitolium and republican sanctuary of Brescia

Italy
A temple of the first century CE built on a sacred area formerly used by celts.
Want to visit
Undo
0
Been here
Undo
1 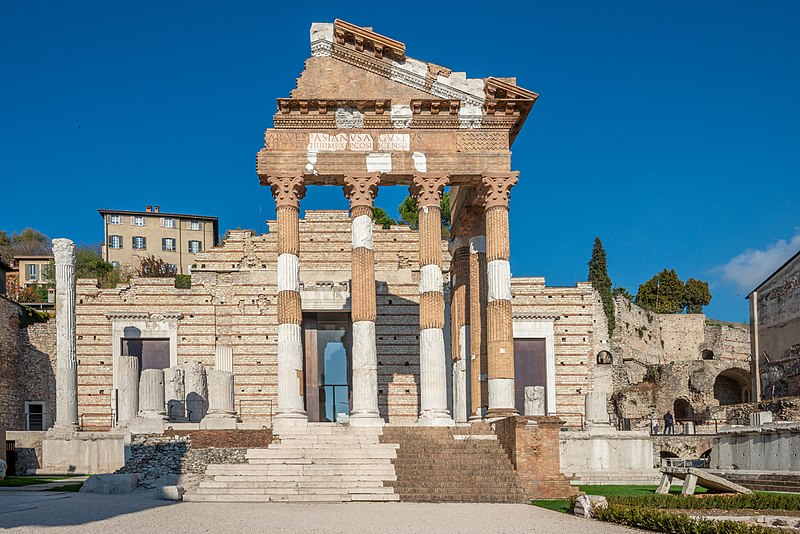 The Capitolium, built by the emperor Vespasian in 73 CE, is a religious site and the monumental centre of ancient Brixia, situated on the decumanus maximus.

It is a temple with three chambers, where the Capitoline trinity of deities (Jupiter Optimus Maximus , Minerva and Juno) was worshipped, and is based on the plan of the underlying Republican temple (probably constructed in 80-70 BCE) and of a formerly sacred area used by celts (where maybe was worshipped the celt god Bergimus). The temple was reached by means of two flights of stairs, and overlooked the forum and basilica. The surrounding area, once the Roman city centre, contains the remains of numerous monumental buildings of importance for civil, social and economic life, such as the theatre, which was used for entertainment and public.

In this area, during the excavations campain of 1826, was discovered the bronze statue of the Vittoria Alata (Winged Victory), now dispalyed in the right cell fo the Capitolium.