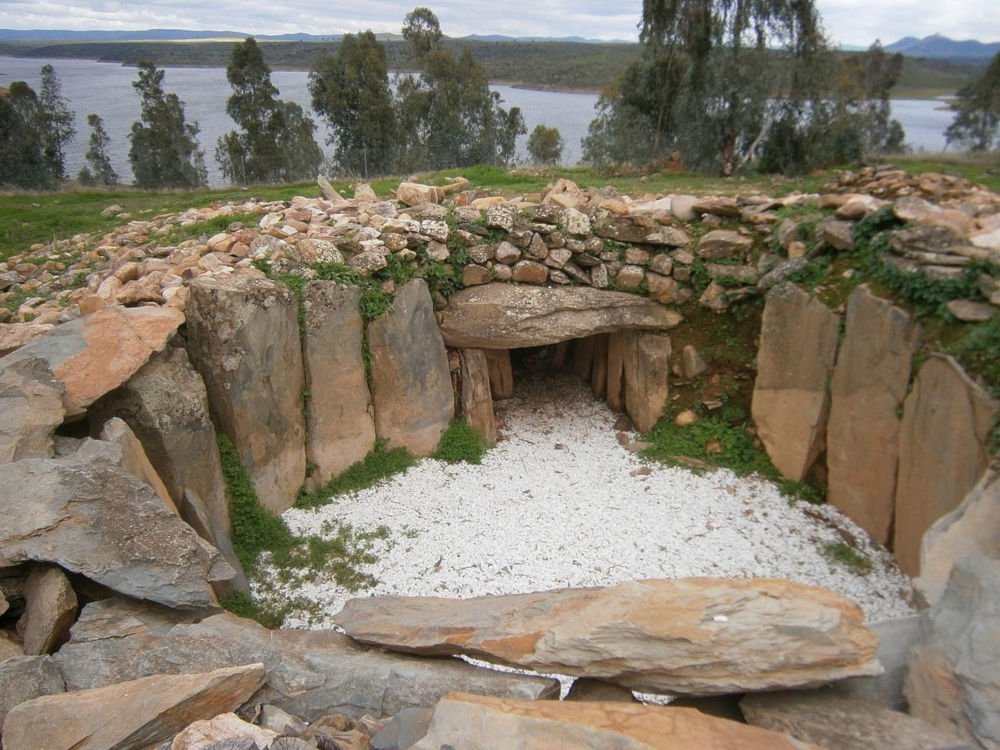 The dolmen, which was plundered in the past, was documented and renovated in 2010. The round chamber, which has similarities with the Dolmen of Lácara and the Dolmen del Tremedal, consists of orthostats decorated with fine engravings and cups and indefinable paint residues. It consists of a chamber and a long, wide corridor. The side stones of the corridor and chamber have been preserved, while the ceiling is missing. The Trilith portal is relatively complete.

Nearby, on a promontory at the confluence of the Guadiana and the Guadalupe, between the communities of Valdecaballeros Castilblanco and Herrera del Duque, the unexplored Castro del Cerro de la Barca, a fortress from the Iron Age.