Spain
The Dolmen of Axeitos (also called Pedra do Mouro) is a Neolithic megalithic complex northwest of the village of Axeitos, in Galicia, Spain.
Want to visit
Undo
0
Been here
Undo
0 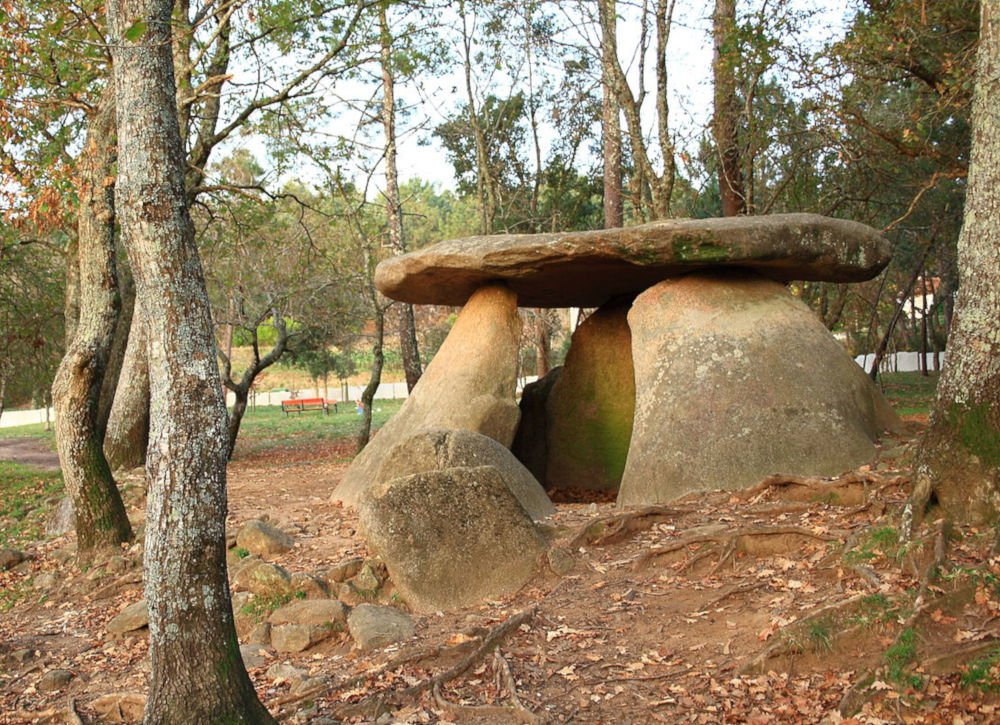 The Dolmen of Axeitos (also called Pedra do Mouro) is a Neolithic megalithic complex northwest of the village of Axeitos, in the municipality of Ribeira, on the Barbanza peninsula in the province of A Coruña, in Galicia, in Spain.

The dolmen is located in a small wood between Noia and Ribeira on the AC550 coastal road, near Corrubedo Beach and the Corrubedo Dunes Natural Park at the mouth of the Ria de Arousa. It was constructed between 4000 and 3600 BCE and is an example of a type that is also widespread in neighbouring Portugal and is called Anta there. Originally covered by a mound that gave it a cavernous appearance, it was later restored to its current state.

The chamber floor plan of the dolmen is polygonal and is formed by 8 supporting stones inclined slightly inward, which are covered by a 3.5 × 4.5 m large and 0.6 m thick capstone. It does not show the typical 20-25 degree inclination that is typical for the Antas of the region, but lies almost horizontally. The west-east oriented broad chamber measures around 2.4 × 3.2 meters. Their height is 2.0 m. The short preserved part of the corridor consists of two stones.

Because of its historical and archaeological value, it was classified as Cultural Property of Special Value in 1978. But no finds were made.

Nearby is the Castro de Baroña and the dolmen Arca do Barbabza 1 and 2.