Croatia
Monkodonja is a mountain settlement near the town of Rovinj in the Croatian region of Istria, which was built during the Bronze Age, and is dated to 1800 to 1200 BCE.
Want to visit
Undo
0
Been here
Undo
0 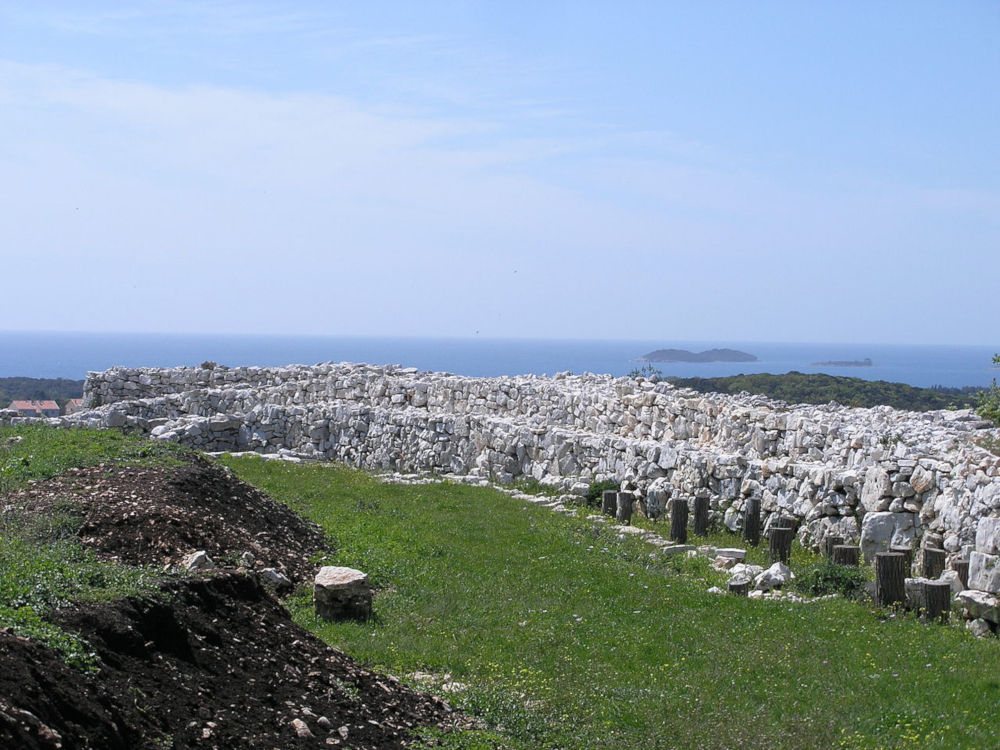 Monkodonja is a mountain settlement near the town of Rovinj in the Croatian region of Istria, which was built during the Bronze Age, and is dated to 1800 to 1200 BCE.


The fortified mountain settlement Monkodonja is about 250 m long, 155 m wide and has an oval shape. It consisted of three parts. The Acropolis was surrounded by a 1 km long, 3 m wide and over 3 m high protective wall on the summit. Remains of two gates were found on the wall: one in the west and one in the north. The gate in the west faced the coast and was greatly expanded and well-fortified over time. The gate in the north was simpler. Remains of complexly structured large stone and wooden buildings show that members of an upper class lived here. Outside the Acropolis were the upper and lower cities. There were craftsmen's houses and houses that were much simpler than the houses on the Acropolis. About 1000 people lived in the settlement. It was built on and fortified for the first time in the early Bronze Age and was abandoned before or during the beginning of the Urnfield Age.

Monkodonja had close ties with the Mycenaean culture of Greece, as evidenced by fragments of Mycenaean pottery found here. The settlement is one of the oldest urban complexes whose architecture was influenced by Greece.