Croatia
The Augustus Temple in Pula, Croatia dates from the 1st century CE. It was dedicated to the emperor Augustus and the goddess Roma.
Want to visit
Undo
0
Been here
Undo
1 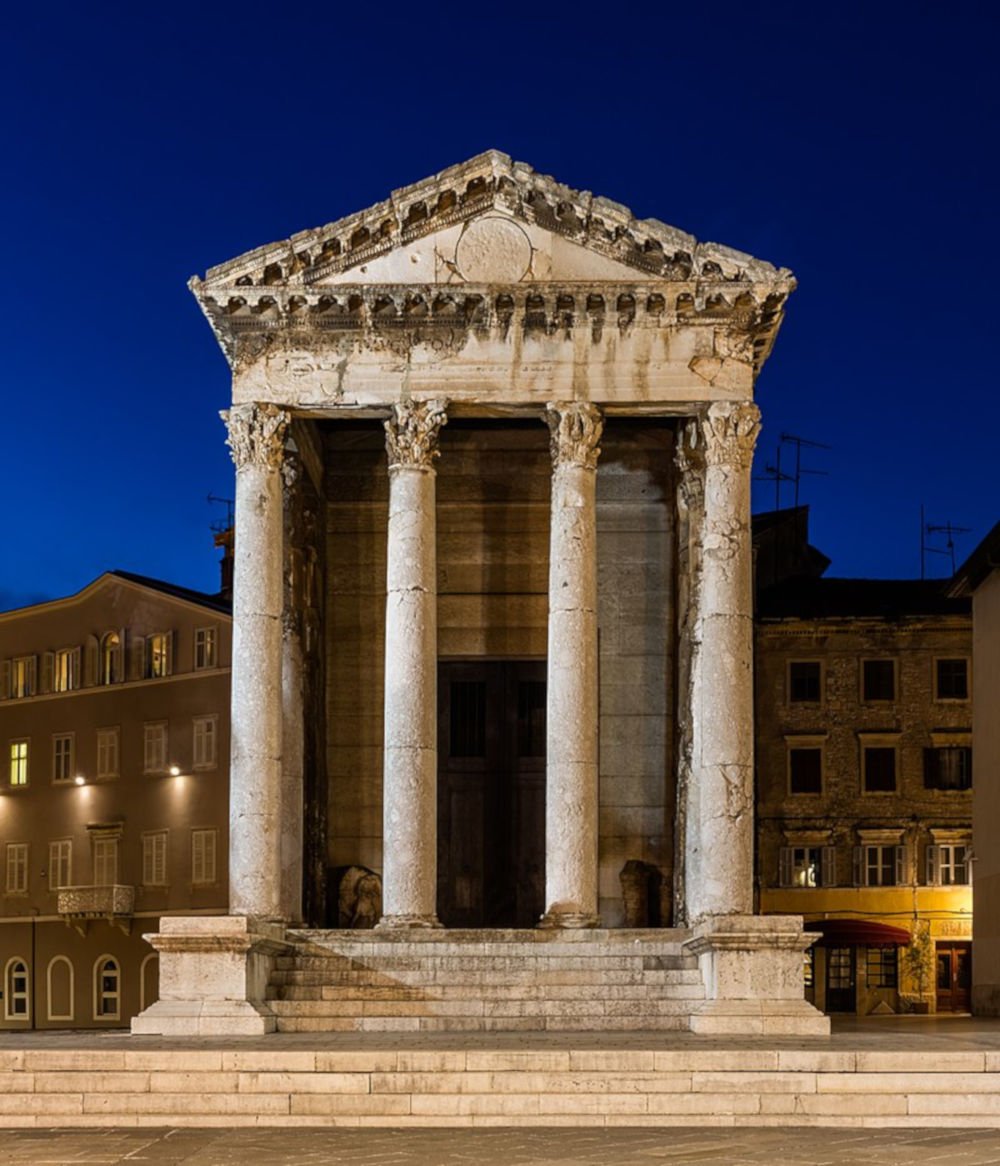 The Augustus Temple in Pula, Croatia dates from the 1st century CE. The temple can be found on Republic Square. This square is also called the forum by the inhabitants of Pula.

The Augustus Temple is a well-proportioned building, which, despite its relatively small dimensions, looks extremely monumental. It is an extremely valuable example of temple building in the earliest empire. The temple was built during the reign of Emperor Augustus (27 BCE - 14 CE). It was dedicated to the emperor and the goddess Roma.

The rectangular foundation forms a raised substructure. The back of the temple occupies a closed cella, while in the front there is an open pronaos made up of four front and one side columns. A decorative frieze in relief runs under the roof almost around the entire temple. After antiquity, the temple served as a church for a time and then as a granary. Napoleon's Marshal Marmont had the first lapidary of ancient stone monuments built in it at the beginning of the 19th century. The temple was hit by an aerial bomb during World War II and largely destroyed. Between 1945 and 1947 it was restored by Italian archaeologists.

The small interior can be visited and contains a few but important archaeological finds that are part of the ancient collection of the Archaeological Museum of Instrien in Pula.