Spain
The Paradolmen d’en Garcia is a stone age grave in Catalonia, Spain. The dolmen, known as paradolmen in Catalonia, is a megalithic complex that is part natural formation, part man-made.
Want to visit
Undo
0
Been here
Undo
0 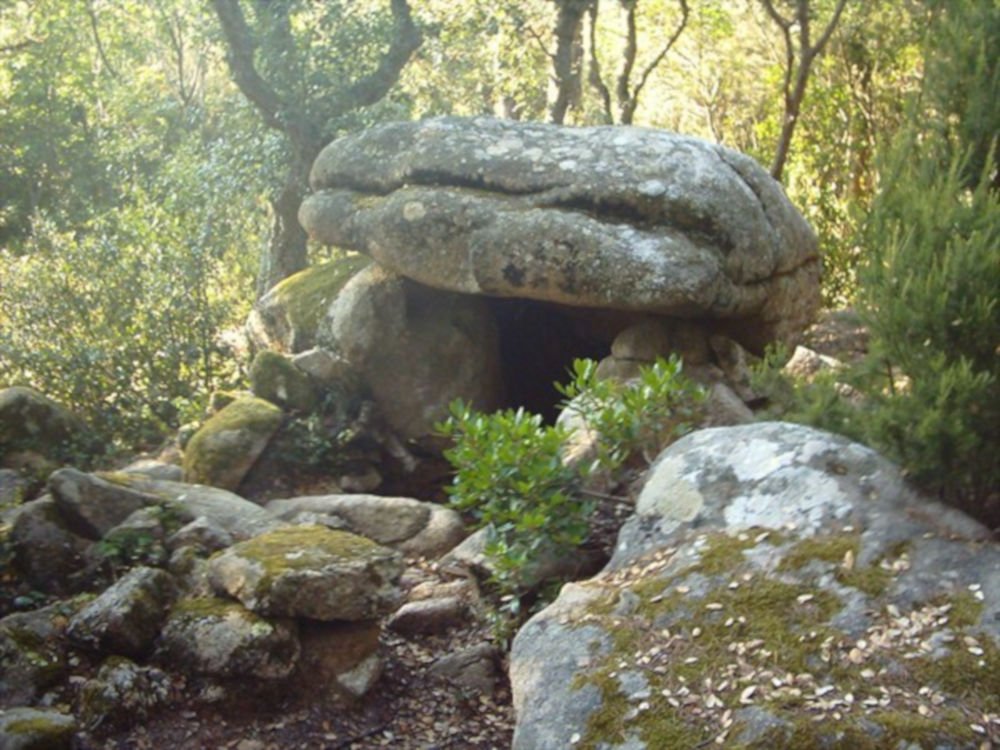 The Paradolmen d’en Garcia is a stone age grave in Catalonia, Spain. The dolmen, known as paradolmen in Catalonia, is a megalithic complex that consists mainly of boulders or rock formations that form a natural cavity (e.g. an abri) that is transformed into a chamber through artificial addition or used as such has been.

The paradolmen is located in the middle of the coastal mountains of Massís de l’Ardenya, far from any town. The closest town is Tossa de Mar, to which the site is assigned. It can be reached via a hiking trail from the Hermitage of Sant Grau.

The dolmen was discovered by Agustí García in 1974 and excavated until 1979. The design is typical for the period between 2500 and 2200 BCE. The chamber is formed from a boulder in the west and the natural rocks in the east. The roof is also supported by boulders and small dry stone walls. Since a large part of the construction is of natural origin, one speaks of paradolmen. The entrance is through a short corridor on the south side of the chamber, only partially preserved. The chamber is 2.20 meters long and 1 meter wide and has a maximum height of 90 centimetres.