United Kingdom
The Port an Eilean Mhòir boat burial is the oldest Viking Age boat grave (of around a dozen) in the United Kingdom.
Want to visit
Undo
0
Been here
Undo
0 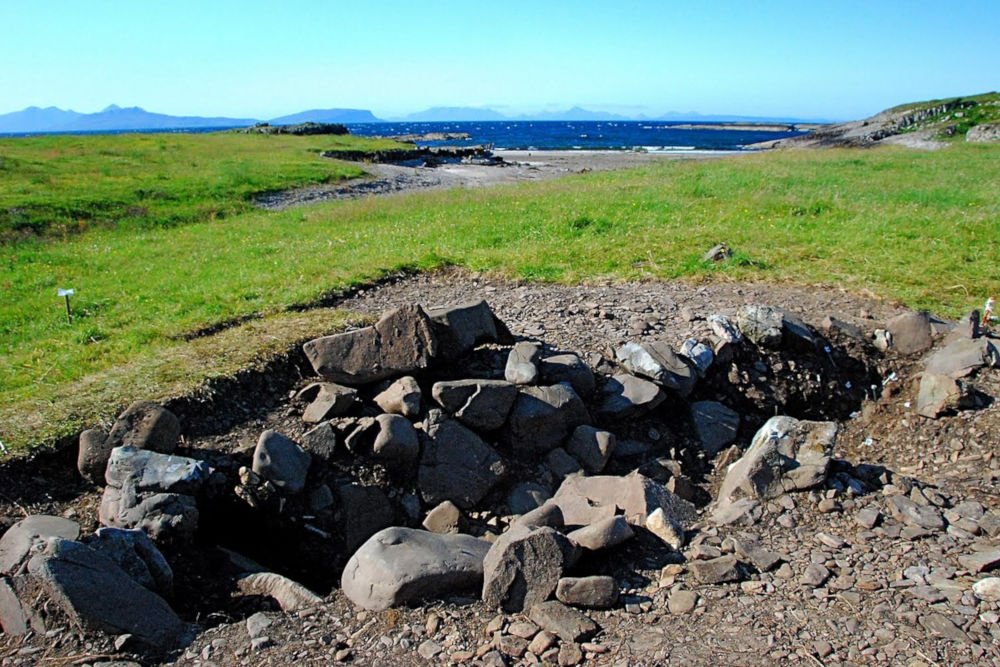 The Port an Eilean Mhòir boat burial is the oldest Viking Age boat grave (of around a dozen) in the United Kingdom. It dates to around 800-1050 CE. It was found in 2011 on the Scottish Ardnamurchan peninsula.

The Port an Eilean Mhòir boat burial dates back to the 10th century and consists of the remains of a five-meter-long and 1.5-meter-wide boat in which a man was buried with his shield, sword, spear and various grave goods. The grave is between the villages of Kilchoan and Ockle on the Ardnamurchan Peninsula. There could be a connection with a find from 1924 in which several nails and rivets from the Viking Age were found near Cul na Croise, which were interpreted as part of a Viking ship grave. However, the place of discovery is not known.

Another Viking boat grave on the Scottish mainland was found in 1935 in Huna, County Caithness. There are nine other boat graves on the Scottish islands. Including six in the Hebrides, two on the Isle of Man and three in Orkney and the Shetland Islands.