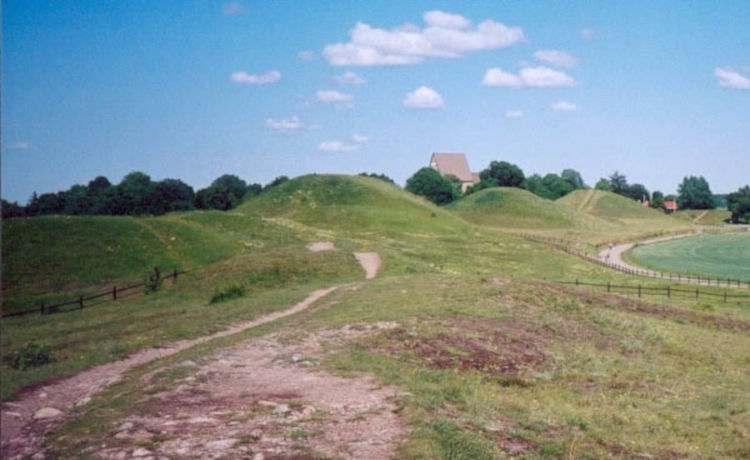 The Royal Mounds of Gamla Uppsala (Swedish: Kungshögarna) consist of three large hills measuring 9 to 10 meters in height. These mounds are dated between the 5th and 6th century, and they are a central symbol of Swedish national identity.

According to some, these mounds belonged to the gods worshipped at the legendary temple of Gamla Uppsala. Thor, Odin, and Freyr are said to have used it as a resting place. Others, however, think these mounds held the remains of the three Ynglinga kings, who belonged to the earliest known Scandinavian dynasty. In the Ynglinga Saga, it is told that the three kings Aun, Egil and Adils were buried at Gamla Uppsala. As it was believed the kings were buried in these mounds, they came to be known as a royal place.