Sweden
The burial ground of Vätteryd has two stone and 15 ship settings, as well as 183 individual stones from the Iron, Vendel and Viking ages (about 550-900 CE).
Want to visit
Undo
0
Been here
Undo
0 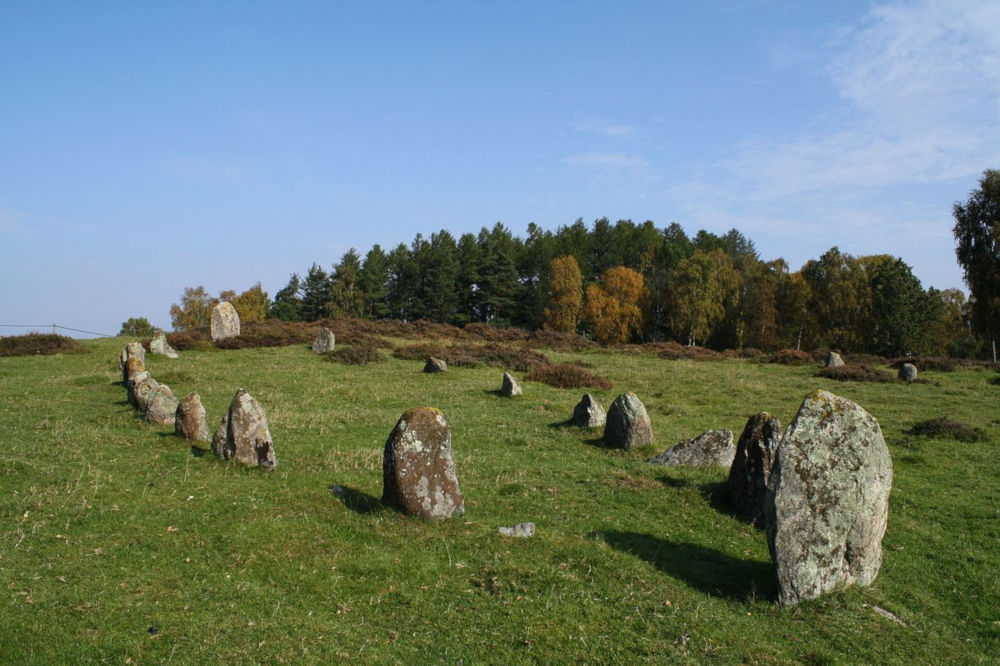 The burial ground of Vätteryd (also Vetteryd) with two stone and 15 ship settings, as well as 183 individual stones from the Iron, Vendel and Viking ages (about 550-900 CE), is located directly on Riksväg 23, south of Sösdala Swedish province of Skåne län.

At the beginning of the 19th century, around 600 stones were still counted on one of the largest burial grounds in Scandinavia, today a third is missing. Similar to the burial grounds of Hjortahammar, Li and Lindholm Høje, with which it has some parallels, Vätteryd is a burial ground in which hardly any of the stone settings stand out. There are 15 more or less well-preserved ship settlements as well as a square (with postmarks of a superstructure) and a triangle, while circles are missing.

The cemetery was excavated between 1955 and 1957. Most of the burials were cremation graves. The rich grave goods (bronze and glass beads, bronzes, spindle whorls, ceramics, but also silver wire and silver ribbons) are kept in the Stockholm Museum.