Spain
The dolmen Arca da Piosa is located southeast of Serramo in Zas in Galicia in Spain.
Want to visit
Undo
0
Been here
Undo
0 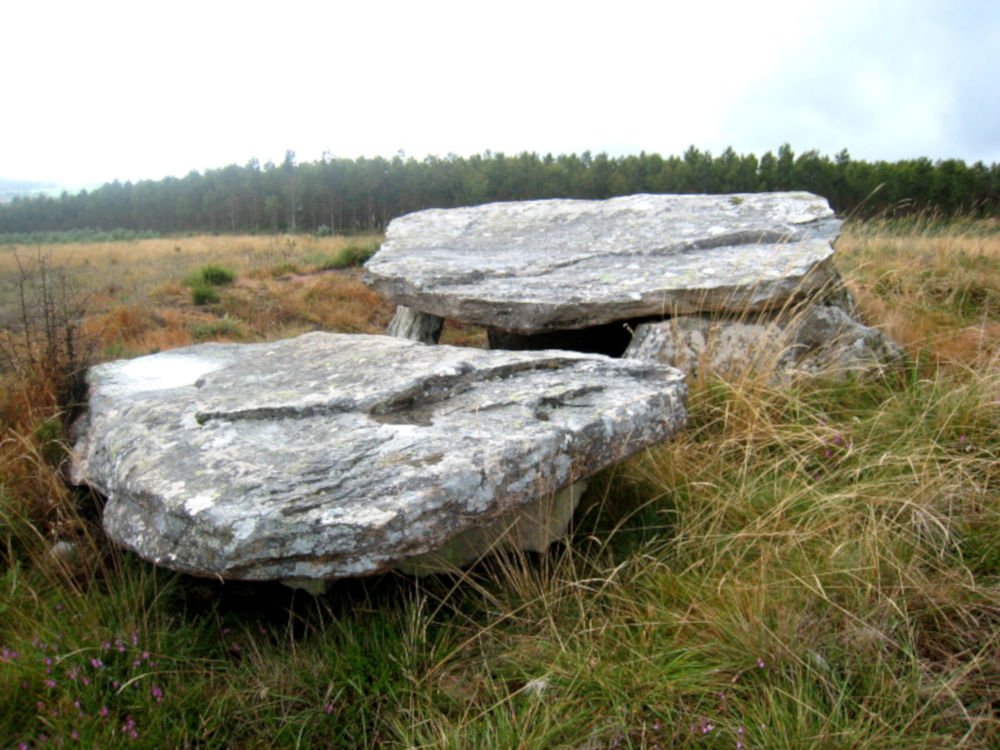 The dolmen Arca da Piosa is located southeast of Serramo in Zas in Galicia in Spain. The megalithic monument dates from the Neolithic Age (4000 to 3000 BCE). It was examined in 1933 by German archaeologists Georg and Vera Leisner and is in relatively good condition.

The polygonal wide-chambered chamber of the Anta is 3.2 m long and consists of four (of originally five) supporting stones. The corridor is unusually short (about 1.0 m) and consists of three stones. The chamber and passage are each covered by a capstone. The low cover is almost level. The slabs used to build the dolmen are large and their total volume is reported to be around 35.0 tons. The total length of the still clearly visible Mamoa (of the surrounding hill) is about 8.0 m. According to legend, the Arca da Piosa is the tomb of the legendary Suebian warrior Brandomil.