Germany
The Heiligenberg hill at Heidelberg is a former Roman-Germanic hilltop sanctuary with a temple of Mercurius Cimbrianus, as well as a previous Celtic hillfort.
Want to visit
Undo
3
Been here
Undo
1 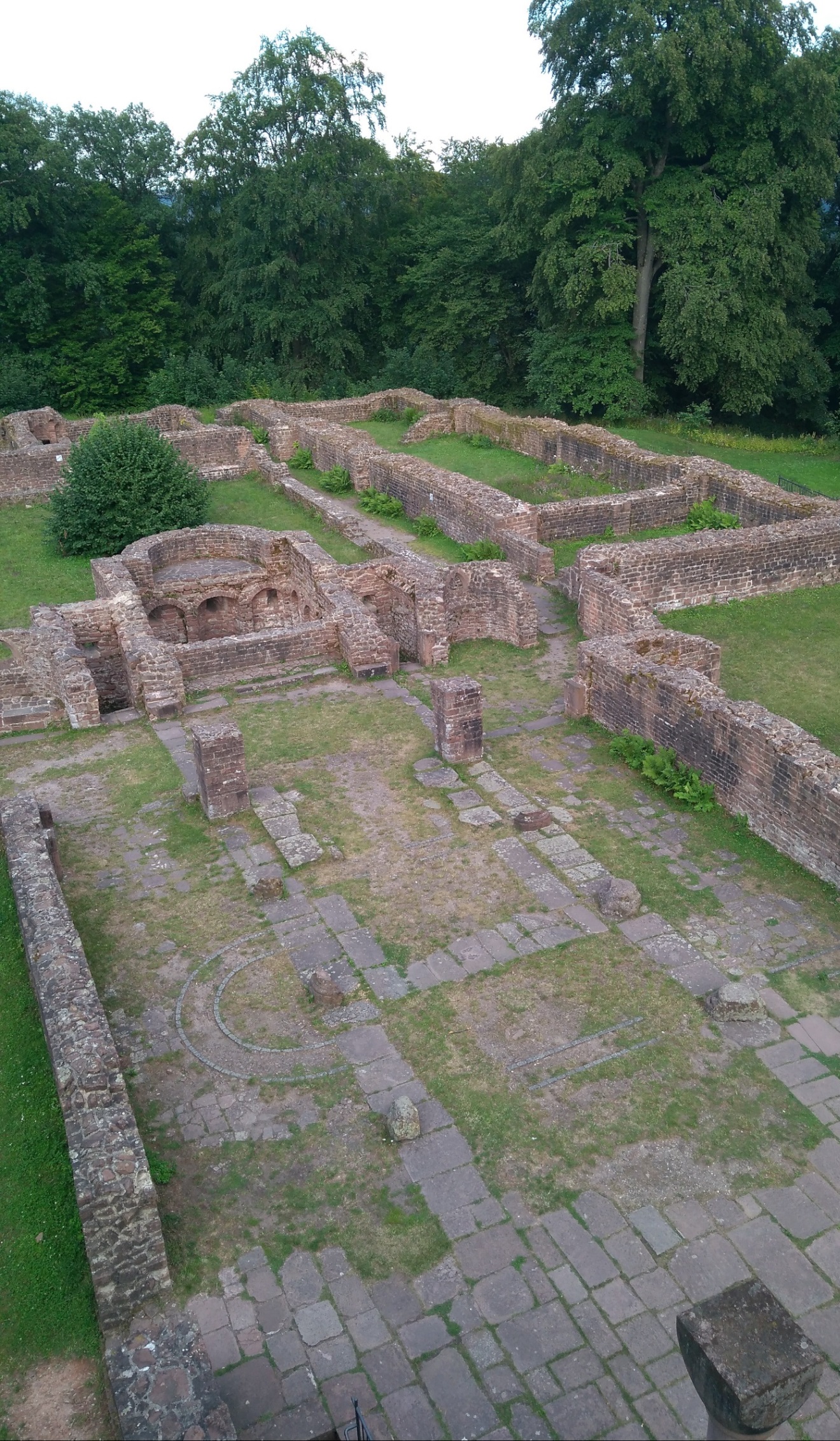 The Heiligenberg is a hill outside of the city of Heidelberg next to the river Neckar. The structural remains that can still be seen on the hilltop today are those of a monastery from the 11th century. Prior to this however, the site has a long history as both a settlement and a sanctuary for different groups that lived in the area.

First settlement of the Heiligenberg hill goes back to the Neolithic Urnfield culture. Around 500 BCE a Celtic settlement was built on the hilltop, later enclosed by a double ring wall. Nearby, at the banks of the river, the fragment of a Celtic statue was found, which might have stood on top of a burial mound of a high ranking person. The head fragment („Heidelberger Kopf“) shows the same typical mistle-crown as the nearly complete statue from Glauberg.

The last Celtic tribe that settled in the region were the Helvetii. In the first century BCE the Germanic Suebi moved into the area.

The Roman occupation came around 60 CE, by establishing a military camp at the river Neckar. On the Heiligenberg a hilltop sanctuary was built, amalgamating with the local Celtic or Germanic cults. The main deity of veneration was called Mercurius Cimbrianus, as is confirmed by an altar stone found on the hill.

The Cimbri were a Germanic tribe that had moved to the south and fought the Romans already in the second century BCE. It seems like a part of the Cimbri settled down in the region of Heidelberg later on. The fact that the venerated deity is called Mercury of the Cimbri points towards the Germanic chief god Wodan, who is often equated with Mercury by Roman interpreters. Heidelberg is located in the south of the Odenwald highland, which name might go back to Wodan (Odin) as well. Other altar stones to Mercurius Cimbrianus have been found in Mainz and Miltenberg.

The temple of Mercury was a 9,5 meters long rectengular stone structure with a semicircular apse facing towards the north. Other sanctuaries at the foot of the hill were a Jupiter Column and a Mithras temple. The cult of Mithras was especially prominent among Roman legionaries.

A cavity in the ground on the side of the hill, later called Heidenloch („heathen hole“), probably served as a well or cistern.

After the Romans retreated from the area, the Germanic tribe of the Alemanni moved into the region around 260 CE.

When the hill fell into the hands of the Franks around 500 CE, it was used as a burial ground and the Christian use of the site began. It is unknown when the original temple was destroyed. The Monastery of St. Michael was built in 1023. Wodan, Mercury, and archangel Michael are all three seen as psychopomps in their respective religions. The original name of the hill was Aberinsberg, whereas the name Heiligenberg („Saints' mountain“) only came about during the 13th century. The monastery was abandoned and partially torn down in the 16th century.

In modern times the floor plan of the former temple of Mercury was designated with grey stones and can be seen within the ruins of the monastery. In 1934/35 the Thingstätte open-air stage was built nearby, resembling an ancient Greek theatre. The complete hill is covered with broadleaf-tree forest, mostly beech.

The official opening hours of the monastery and temple site are:

April to September:
Tuesday to Sunday from 8 am – 7 pm

October to March:
Tuesday to Sunday from 8 am – 4 pm