Sweden
The Ohthere Barrow (Swedish: Ottarshögen) is located in Vendel parish, Sweden. Ohthere was a semi-legendary Viking chieftain of the Vendel Age.
Want to visit
Undo
1
Been here
Undo
0 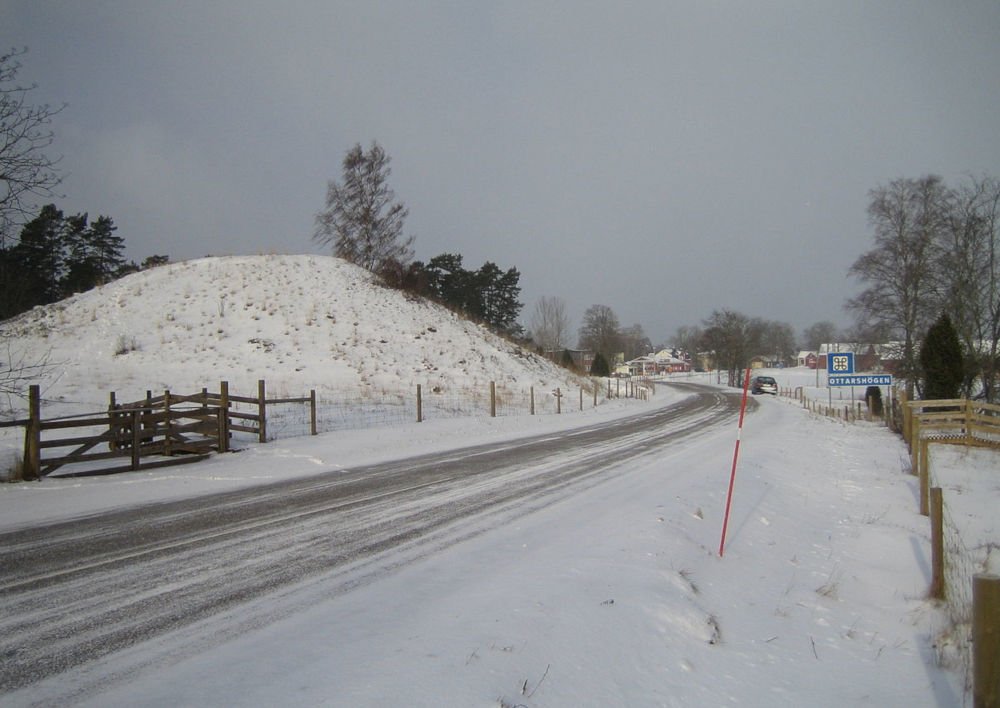 Ohthere was a semi-legendary Viking chieftain of the Vendel Age (6th century CE), king of the Suiones (Swedes) of Svealand and who He is often mentioned as the first historical monarch of Sweden. He is one of the characters in the poem Beowulf and also appears in other Norse sagas.

The Ohthere Barrow (Swedish: Ottarshögen) is located in Vendel parish, Uppland, Sweden. It is 5 meters high and 40 meters wide. In the 17th century the mound became known as Ottarshögen. The term Hög derives from Old Norse haugr (mound).

The mound was excavated in the period 1914–1916 and contained the remains of a man and a woman accompanied by some pieces worthy of royalty. Archaeologist Sune Lindqvist reported that in the centre was a wooden vessel with ashes. There were just a few items, but they were well preserved. He also found decorated panels similar to others found in nearby Vendel Era tombs and a small box with a brush and a Roman gold coin, a Byzantine solid, dated no later than 477 CE; the coin was perforated and possibly used as decoration and showed signs of having been used for a long time. Lindquist claimed that the identification of the tomb assigned to Ohthere deserved no more archaeological assertion than the excavation itself provided.