Italy
The Portico Dii Consentes is a sanctuary in Rome and is located above the Temple of Saturn in the Forum Romanum.
Want to visit
Undo
0
Been here
Undo
0 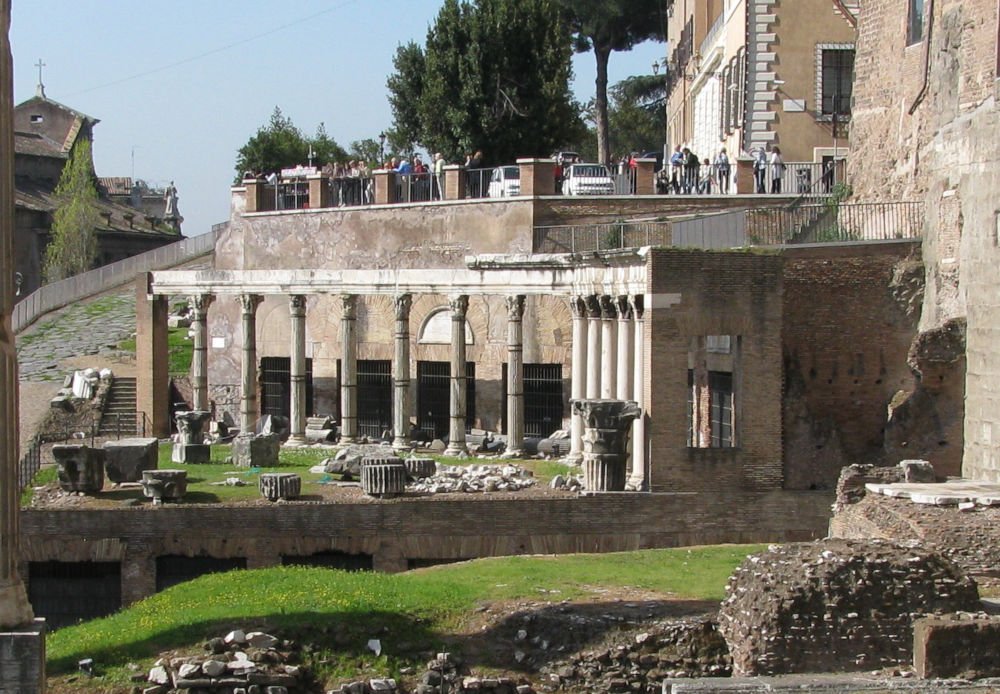 The Portico Dii Consentes is a sanctuary in Rome and is located above the Temple of Saturn in the Forum Romanum. The origins of the complex probably go back to the time of the Middle Republic, possibly the 3rd century BCE.

It was equipped with a structurally designed temple, an aedes deum consentium, of which only the written tradition in Varro attests, but with which a few remains of the foundation are associated. The archaic formation of the genitive deum testifies to the old age of the aedes. Probably in connection with the construction of the temple for Vespasian and Titus, the sanctuary was fundamentally redesigned in the late Flavian period, with the work continuing into the Trajan-Hadrian period. The level was lowered, a row of six chambers, which opened up to the newly built temple, was laid out, the square in front of it was paved and provided with a portico. It is unclear whether this was one or two storeys high, but the roof or the second storey could originally be accessed from the Tabularium. The complex was built at a shallow angle and with its 4 meters high and 3.70 meter deep chambers built against the rock below the tabularium and the retaining wall of the clivus Capitolinus. She rose on a substructure, which in turn was made up of seven closed rooms. In 367, the portico was rebuilt according to the donor's inscription on the architrave by the city prefect Vettius Agorius Praetextatus, without any major changes to the architectural concept. The components from the Flavian period such as the Corinthian capitals, the architraves and the chambers were also reused on a large scale.