Malta
Santa Verna is an archaeological site on the Maltese island of Gozo. The settlement finds dated to the Għar Dalam phase, which was about 5,000 BCE.
Want to visit
Undo
0
Been here
Undo
0 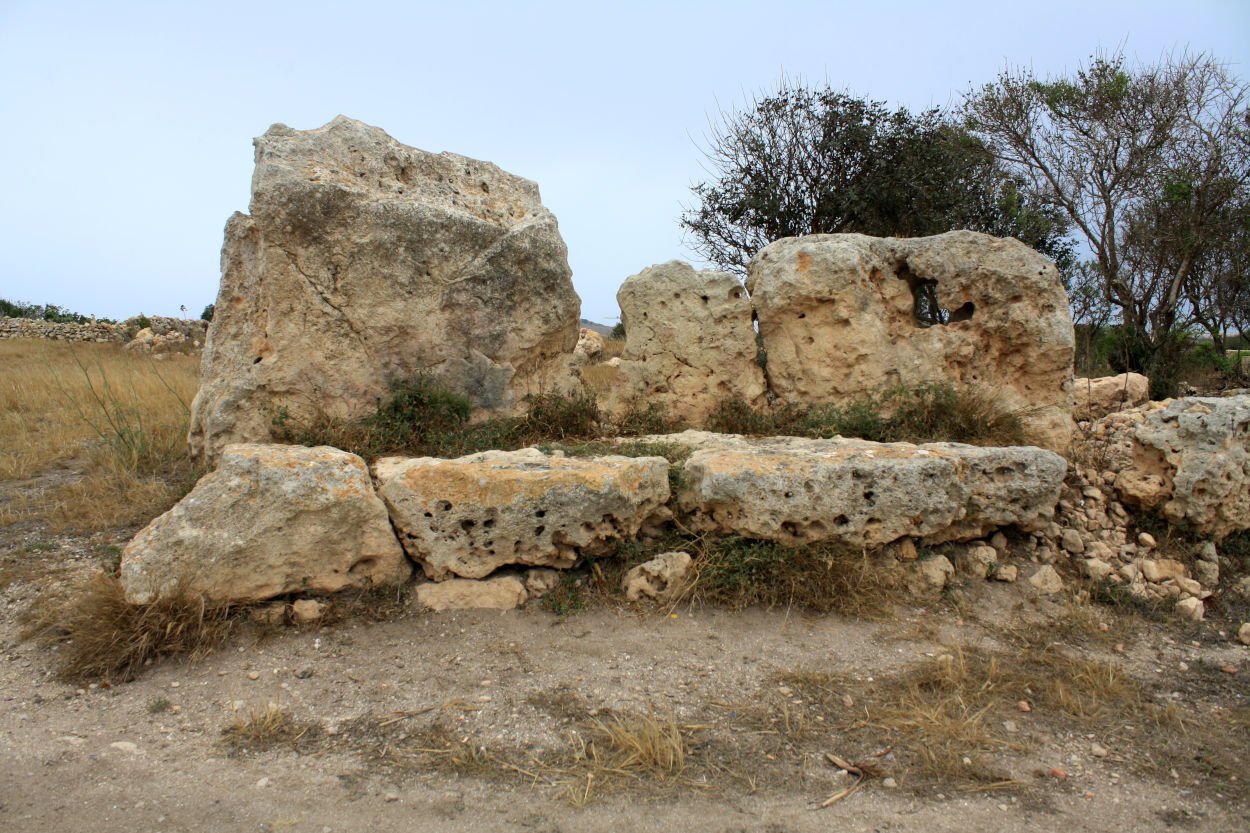 Santa Verna is an archaeological site on the Maltese island of Gozo. The settlement finds dated to the Għar Dalam phase, which was about 5,000 BCE. The remains of a megalithic temple are dated to the Tarxien phase (3200 to 2500 BCE).

The archaeological site is at a height of 138 m in a field on the southwestern edge of the Xagħra plateau, about one kilometre from the Ġgantija temples and 550 meters from Brochtorff Circle. It can be reached from Xagħra via a dirt road extending from Triq Santa Verna Street.

The pottery found here shows that the current site has been inhabited since the arrival of humans on Gozo and remained so throughout Maltese prehistory. The temple presumably dates from the Tarxien phase, of which three upright monoliths can still be seen, which are supported by three horizontally lying stone blocks that, as it were, form a bank. Such structures are known from the facades of other megalithic temples such as Ħaġar Qim and Mnajdra. Excavations have unearthed the arches, which suggest a five-lobed structure as in the Ġgantija temples. Other megalithic stones at the site are difficult to assign because of the multiple uses of the area after the end of the temple culture.