The temples of Ta ’Ħaġrat

Malta
The temples of Ta ’Ħaġrat are located near Mġarr on the northern edge of the Bingemma Depression on Malta. Ta ’Ħaġrat is one of the oldest cult places in Malta.
Want to visit
Undo
0
Been here
Undo
0 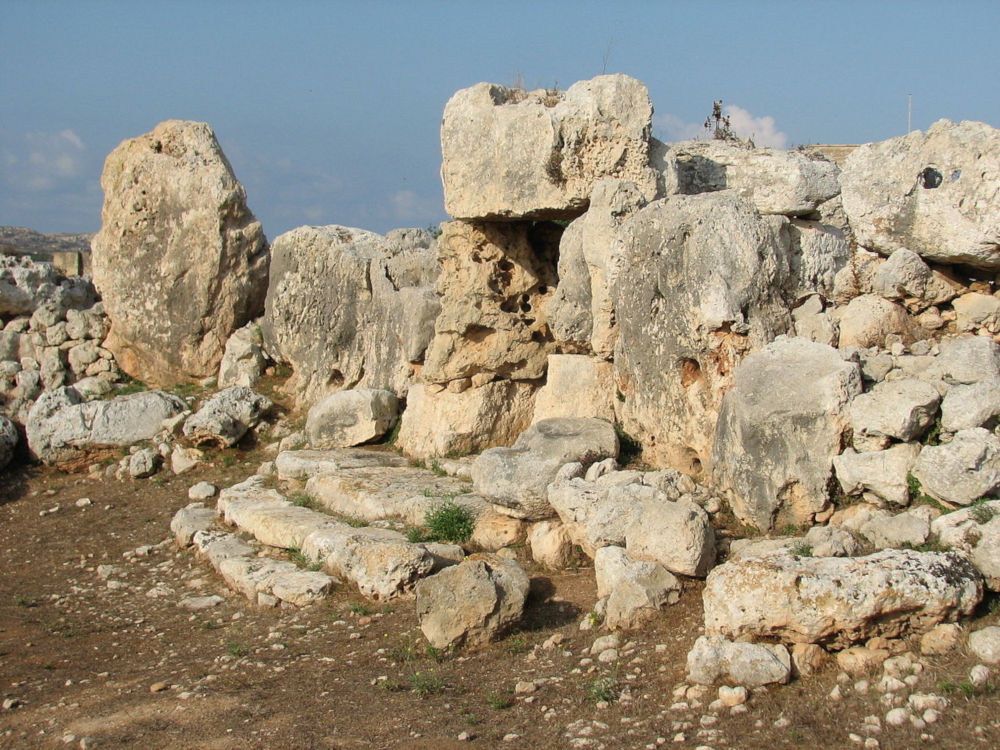 The temples of Ta ’Ħaġrat are located near Mġarr on the northern edge of the Bingemma Depression on Malta. They are among the Megalithic Temples of Malta, which were declared a UNESCO World Heritage Site in 1992. Ta ’Ħaġrat is one of the oldest cult places in Malta.

The catchment area of ​​the temples excavated in 1925 extends over the west of the Bingemma Depression. The ancient cult site Skorba is only one kilometre to the east. Both are located in a fertile region with terra rossa soils on the southern slopes of the Wardija Ridge. In the region, there is coral limestone, which was used for the temples. Globigerine limestone is only about 1.5 km away. The two very closely adjacent temples of Ta ’Ħaġrat have a three-lobed (shamrock-like) basic composition and originally consisted of two closed side niches each. The main temple (A) has a very deep, the secondary temple (B) a medium-sized head niche.