Malta
The Tarxien Temples is an archaeological temple complex in Tarxien, Malta consisting of four megalithic structures, built sometime between 3,600 and 2,500 BCE.
Want to visit
Undo
0
Been here
Undo
0 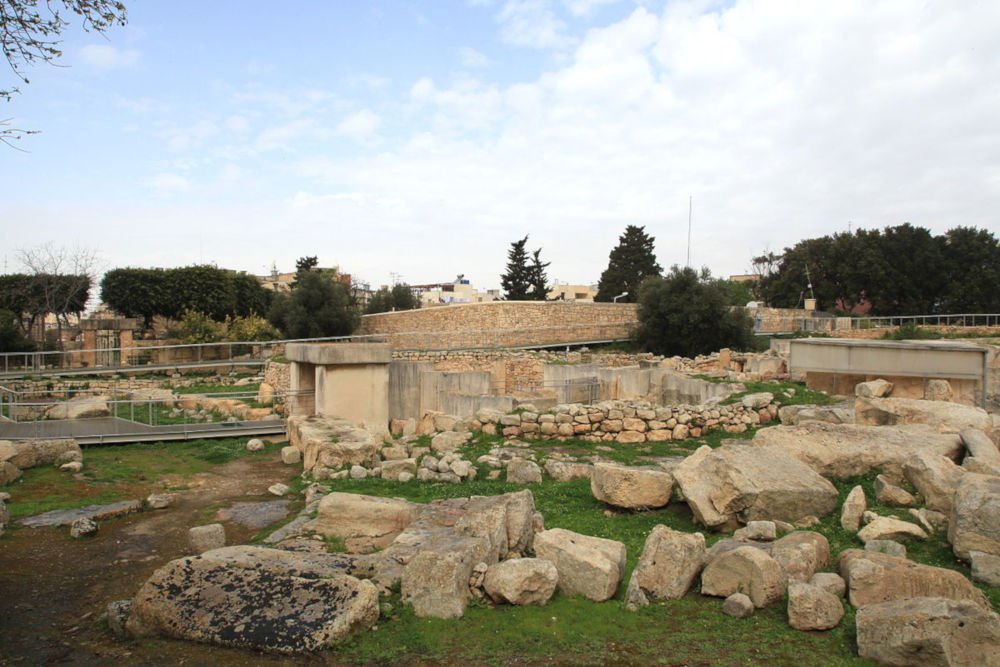 The Tarxien Temples (Maltese: It-Tempji ta 'Ħal Tarxien) is an archaeological temple complex in Tarxien, Malta consisting of four megalithic structures, built sometime between 3,600 and 2,500 BCE. It was discovered in 1913 by local farmers and extensively excavated between 1915 and 1920. The oldest of the four structures located furthest east on the site was built sometime between 3600 and 3200 BCE. and is preserved only at close ground level, but its plan with five apses is clearly visible. The southern temple is the most decorated megalithic building with relief sculptures and the lower part of a huge statue. The eastern temple with its walls consisting of stone slabs and "oracle holes", was built between 3150 and 2500 BCE. The central temple was constructed with a distinctive plan consisting of six apses and with evidence of a curved roof.

The Tarxien temples were listed by UNESCO as part of the World Heritage Site in 1980 along with other megalithic temple structures in Malta.