Malta
The small Tal-Qadi temple, that is in a bad condition, is located south of Is-Salina near Naxxar, on Malta.
Want to visit
Undo
0
Been here
Undo
0 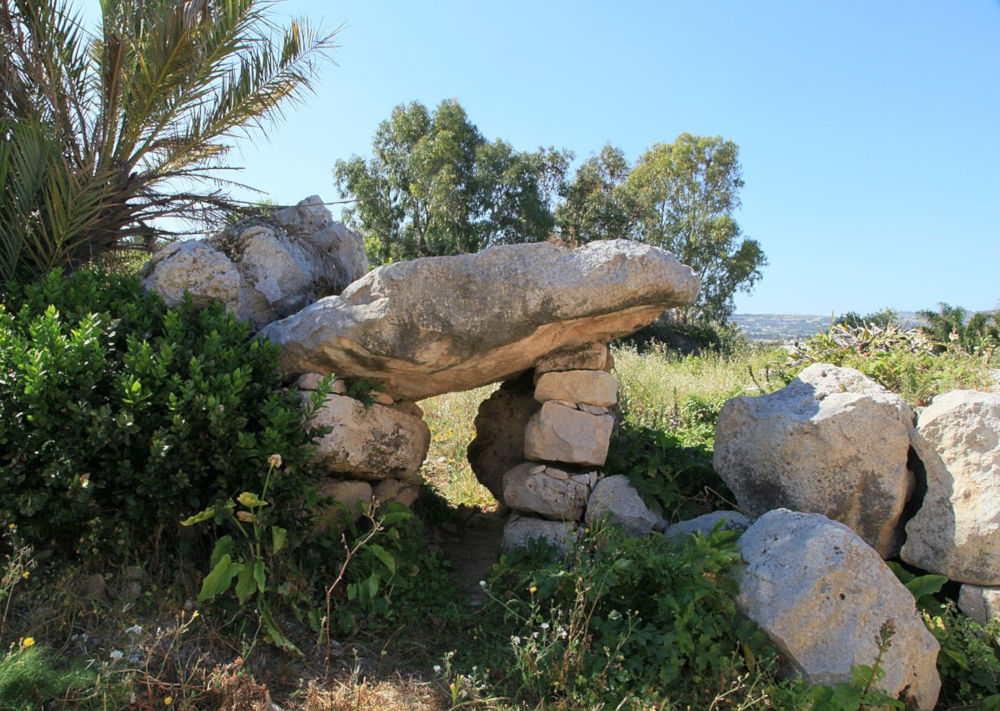 The small Tal-Qadi temple, that is in a bad condition, is located south of Is-Salina near Naxxar, on Malta. The Tal-Qadi temple was used as early as 4000 BCE, during the Ġgantija phase, but the temple was only built during the Tarxien phase, between 3300 and 3000 BCE, and was subsequently used, as ceramic shards from this time show. Tal-Qadi is the only Maltese temple that is oriented to the northeast. Most of the others are oriented to the south or southeast. This was not possible in Tal-Qadi as there is a steep slope in this direction.

The outline of the temple is still visible. Remains of the central area with two apses can be seen. The temple probably had two other apses, which was typical of the late temple period. No traces of the exedra have survived.

The remains of the temple, which lie on an upper and a lower field, were discovered by Henry Sant in 1916 and excavated by Themistocles Zammit and L. Upton Way in 1927. According to Zammit, the owner of the property destroyed a group of upright stones years before the temple was identified. These could have belonged to the facade of the temple.

During the excavation, a small broken limestone slab was found, carved into five sections separated by lines with star-like figures and a semicircular shape in the centre. The plate was possibly a star map or a lunar calendar. The plate is in the National Archaeological Museum in Valletta.