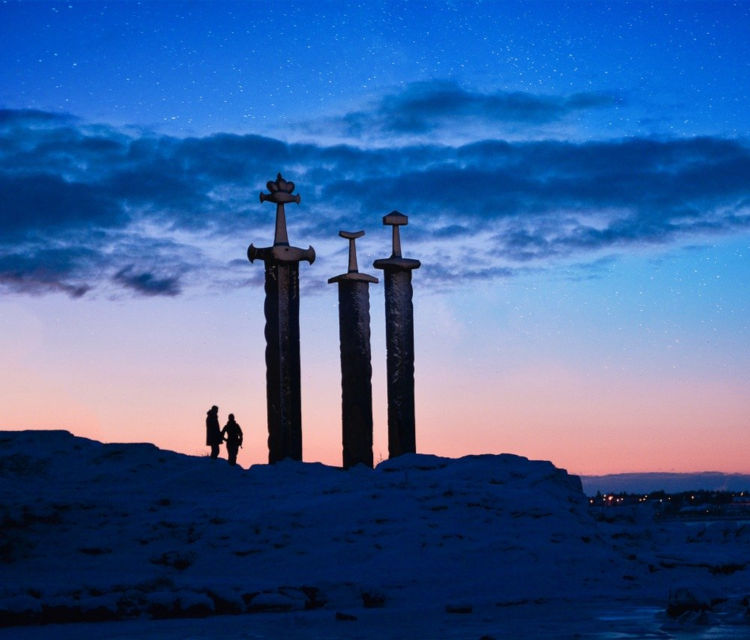 Sverd i fjell – meaning Swords in Rock – is a monument consisting of three giant bronze swords. It is located in the Hafrsfjord neighborhood in the city of Stavanger, Norway. The three bronze swords stand monument to the battle of Hafrsfjord, which took place in the year 872. It was during this battle that Fairheaded Harald (Harald Hårfagre) united all of Norway into one kingdom.

The Swords in Rock monument was designed by the Norwegian sculptor Fritz Røed. It was unveiled by King Olav of Norway in 1983.