Norway
Einangsteinen is a runestone that is carved in the older futhark.
Want to visit
Undo
3
Been here
Undo
1 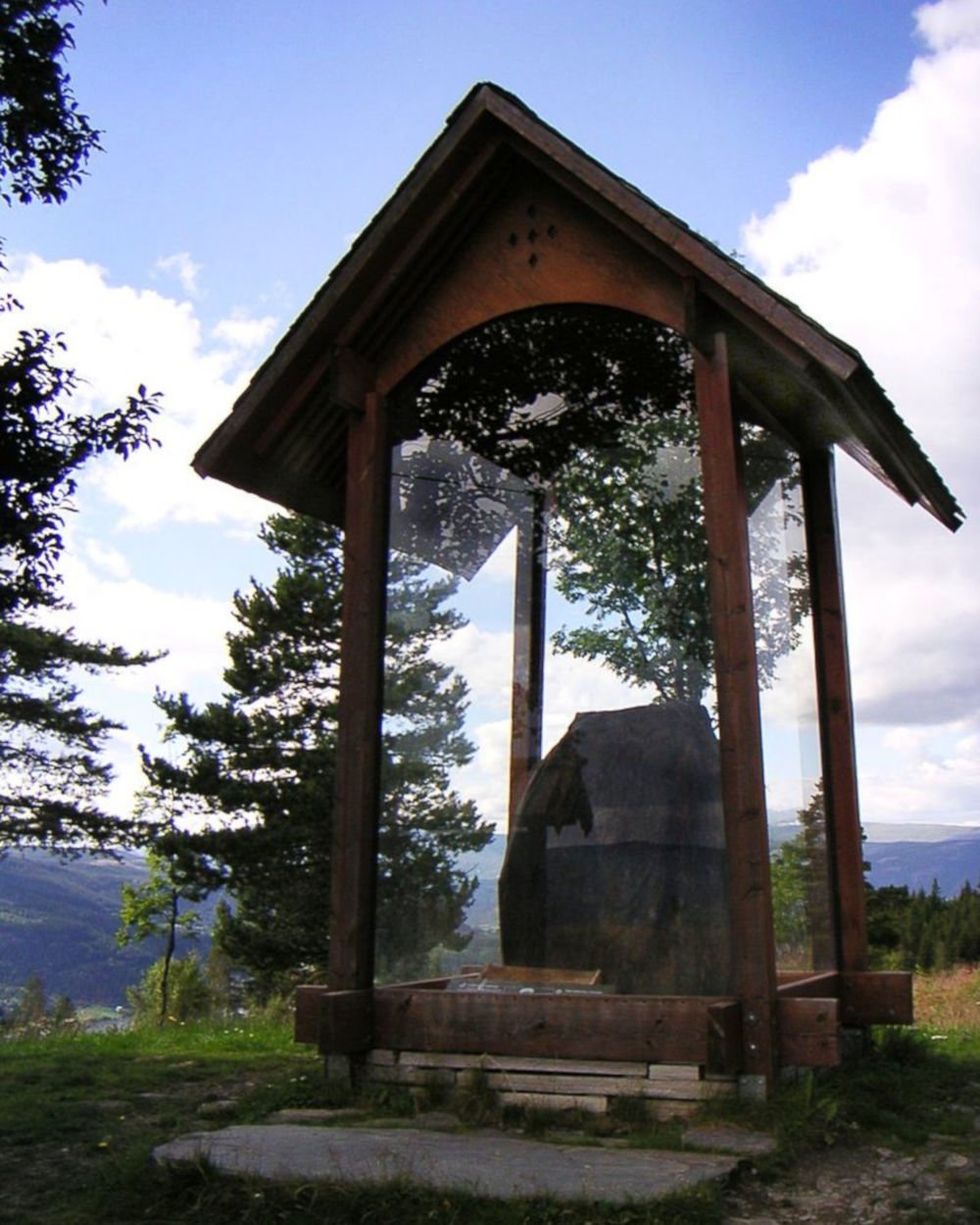 Einangsteinen is a runestone that is carved in the older futhark. The stone stands on a burial mound at the top of the Gardberg field in Vestre Slidre in Oppland county. It is believed to be from the 4th century and is the Nordic region's oldest runestone that stands in its original place. The stone is named after the nearby farm Einang. Einangsteinen and Barmensteinen from Selje in Nordfjord are the oldest Norwegian rune stones from the migration period that still stand where they were erected. It is registered by the National Heritage Board with ID no. 129134.

The stone is a slab of coarse slate, about one and a half meters high and one meter wide, but is set so deep that it is apparently lower. The thickness varies between 13 and 18 cm.