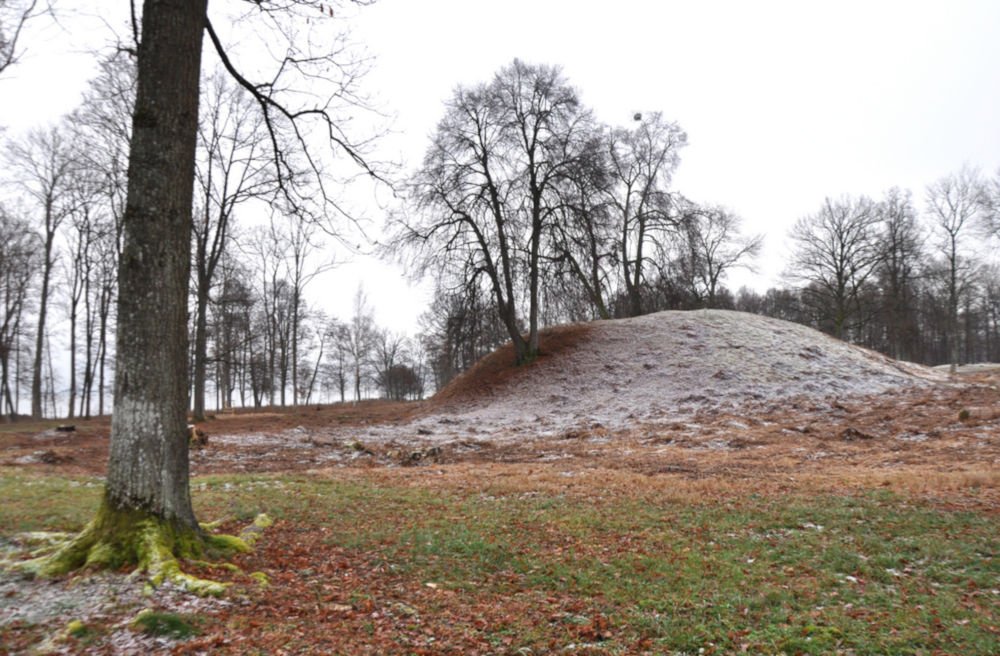 The Borre burial mounds are located in Borre (Norwegian Borrehaugene) in Horten in Vestfold og Telemark on the western bank of the Oslofjord in Norway. The Borre burial mounds are supposedly the burial places of Ynglinger kings, who otherwise belong to the Swedish legendary kings, but here they represent the unification of Norway, and how they were connected to the god Freyr.

The Vestfold region was a Viking Age centre of power for a larger area around the Oslo Fjord. Borre, eponymous for the Borre style of the 9th and 10th centuries, has parallels to Uppsala in Sweden and Jelling in Denmark, both in terms of age and because of the monumental burial mounds. Uppsala and Jelling were also the seats of royal families that stood for the merger in both countries.

Originally, nine large mounds and at least 26 small burial mounds were raised on the Borre burial ground. The large mounds were up to 45 m in diameter and over 6 m in height. Two of these large burial mounds have been completely destroyed. During the removal of one of them, in 1852 to extract material for road construction, traces of a ship at least 17 m long and valuable grave goods, dated to around 900 CE, belonging to a man were found.

The Borre burial mound was examined in 1852, as well as the archaeological excavations of Oseberg and Gokstad in the same county, suggest that other burial mounds of Borre may also be ship graves.

Borre's oldest burial mounds date from the 7th century CE and the burial ground was in use for about 400 years. The Icelandic historian Snorri Sturluson wrote that Halfdan Svarte (829–860) was buried near Borre. Apparently the Vestfold kings lived in Borre. The approximately three-meter high Spellemannshaugen (also called Kjellervenda) has a diameter of about 30.0 m and is located south of the burial ground.